Charter School’s Book Censorship is a ‘Kind of Literary Fraud’ 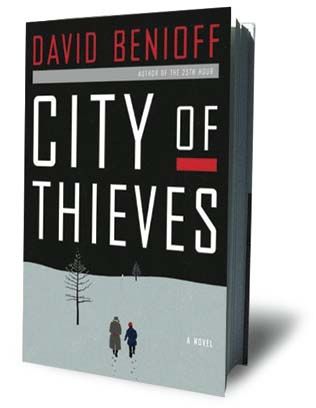 Facing complaints about the language in a book assigned in a seventh-grade class, the CEO of a Nashville charter school offered a surprising defense: The school had not assigned the text as it was published, but a bowdlerized version with the offending language removed.

The National Coalition Against Censorship’s Kids’ Right to Read Project (KRRP) released a letter today criticizing Nashville Prep’s assignment of a redacted version of City of Thieves, an acclaimed work of historical fiction by David Benioff.

One Nashville Prep parent complained about the language in the book, and that complaint made its way to board members of the Metro Nashville Public Schools, one of whom voiced strong criticism of the assignment.

But Ravi Gupta, the chief executive officer of RePublic Schools–the company that runs Nashville Prep—offered an unusual explanation. After citing the accolades for the book and praising the “ideas and desires of educators on the ground” who assigned it, Gupta explained that Nashville Prep students were actually reading a different book:

Despite the fact that we love this book in its unedited form, our curriculum staff met over the summer to discuss whether we could maintain scholar interest while editing out curse words and some of the more mature subject matter. We agreed that we could, so every scholar has received a redacted version of the book (excerpts of which were shared with the district).

As the letter from the NCAC explains, “expurgating a book is a particularly disturbing form of censorship since it not only suppresses specific content deemed ‘objectionable,’ but also does violence to the work as a whole by removing material that the author thought integral. It is a kind of literary fraud perpetrated on an unsuspecting audience.”

While Gupta admitted that the redactions were probably incomplete—”I am sure we missed a word here and a word there”—he also argued that students at the schools his company runs read “advanced books because we want them to be successful in college and beyond.  We spend less time worrying about what they can’t read and more time finding ways to expand their options.”

That assessment is hard to square with how the school handled City of Thieves.  As for authors whose work is targeted for redaction, Ray Bradbury may have said it best: “[D]o not insult me with the beheadings, finger-choppings or the lung deflations you plan for my works. I need my head to shake or nod, my hand to wave or make into a fist, my lungs to shout or whisper with. I will not go gently onto a shelf, degutted, to become a non-book.”

The NCAC letter closes with a simple recommendation for Nashville Prep:

We strongly urge you to discontinue teaching redacted versions of City of Thieves and offer it to students as intended in its entirety, or, instead, teach selected unaltered passages from the work. This approach is consistent with the law and with educational principles and will serve in the interests of both Nashville Prep and its students.

The letter can be read below. Click here for a full screen view: