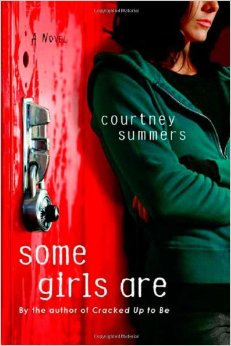 In response to one parent's complaint, a high school principal in South Carolina removed a celebrated young adult novel from an honors summer reading list—a move that raises serious constitutional concerns, and appears to violate the school's own policies.

An August 10 letter from the National Coalition Against Censorship (NCAC)—co-signed by American Booksellers for Free Expression, Association of American Publishers, Comic Book Legal Defense Fund, American Library Association, Society of Children’s Book Writers and Illustrators and the PEN American Center's Children’s and Young Adult Book Committee—argues that the sudden move violated due process and should be reversed.

Late last month, a parent of a student at Charleston's West Ashley High School was alarmed by some of the language and themes in Courtney Summers' Some Girls Are, which was one of the two choices on the summer reading list for Honors English I. The novel deals frankly with topics like sex and drug use among teens. The parent wrote a letter to the editor of a local newspaper and then filed a formal complaint with the school over the book, which she called "smut," even after the school added a third option.

That complaint, according to school policy, should have triggered a formal review. But principal William Runyon decided the book should be removed. The letter argues that this violates school policy, which states that “the board shall not permit anyone to exercise censorship over instructional materials.” The same policy advises that complaints should go through the superintendent, and “[t]he final decision for use of controversial books and other educational materials in the schools shall rest with the board after receiving the superintendent’s recommendation based upon careful examination and study of the challenged material.”

The ad hoc removal of the book undermines this process and raises serious First Amendment concerns. As the letter argues:

Decisions about instructional material should be based on sound educational grounds rather than an individual’s disagreement with its message or content. Following a transparent reconsideration policy with an eye towards this approach is consistent with constitutional and educational principles and will serve the interests of both West Ashley High School and its students.

The school's decision has not gone unnoticed. One activist campaign encouraged readers to buy copies of Some Girls Are to deliver to a Charleston library.

Read the letter below, or click here for full-screen view.