Previous Next
Waging War On History

Political activists coordinate an attack on the teaching of history, claiming left-wing bias and promotion of Islam 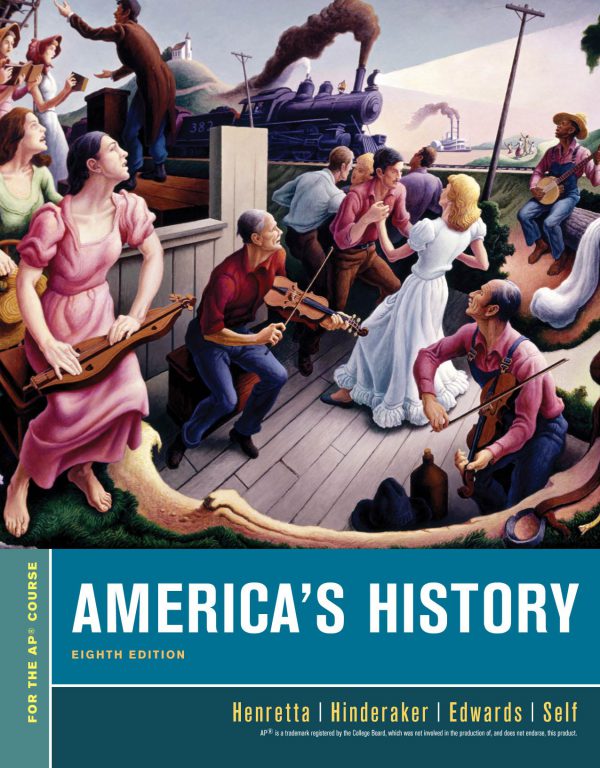 Remember Mel and Norma Gabler, famous for their long campaign to rid Texas schools of books they considered “anti-Christian” and “anti-family”? (See CN11, Oct. 1982) They are gone, but their spirit lives on in new textbook wars — and politicians in five states are already taking the cause to state legislatures.

One battle is over a revised framework for Advanced Placement US History (APUSH) released by the College Board in October 2013. As Education Week reported, “While the previous framework was essentially a list of topics broken into 28 time periods, the new framework describes key concepts within nine time periods, and is focused more on analysis than memorization.” While it establishes key concepts and objectives, the details are left to educators in local districts.

The most prominent early critic of APUSH is former history teacher Larry Krieger — who incidentally writes test prep materials geared to the previous version of the AP exam that would become obsolete. Krieger argued that the framework laid out a “negative view of American history” in pieces posted at the Heartland Institute’s website, an organization best known for promoting skepticism about climate change.

The issue found traction in conservative media. Stanley Kurtz at the National Review called the AP’s plan a “quiet but devastatingly effective effort to replace the teaching of traditional American history in our high schools with a new, centrally-controlled, and sharply left-leaning curriculum.” Conservative commentator and rumored Republican presidential contender Ben Carson declared that when students finished the new AP History course “they’d be ready to go sign up for ISIS.”

Kurtz made a leap to another hot button schools issue — the Common Core educational standards. The Common Core initiative began in 2009 as an effort by “state leaders, including governors and state commissioners of education from 48 states, two territories and the District of Columbia” to produce “a set of high-quality academic standards in mathematics and English language arts/literacy (ELA).”

To be clear, there is precisely no connection between Common Core and AP History. Advanced placement courses are developed by the College Board, a private non-profit company, with a membership of 6,000 educational institutions. Nonetheless, many opponents of Common Core have also embraced the campaign against APUSH, under the banner of resisting a federal ‘takeover’ of local schools.

Reminiscent of the Gablers’ campaigns, the current textbooks wars have also attracted support from religiously-oriented groups. Prominent among them are the American Principles Project, which opposes same sex marriage and abortion rights, Concerned Women for America, which promotes “Biblical values,” and Act! For America, which opposes a widely-used world history textbook it claims is pro-Islam.

A message combining hostility to government, religious overtones, and appeals to patriotism is repeated in various iterations by local groups, such as South Carolina Parents Involved in Education, which claims that the failure to teach “patriotic lessons in school” is “almost a national-security risk,” and the Florida Citizens Alliance, which criticizes Common Core for “anti-Americanism.” Local Tea Party and Project 912 groups have also weighed in.

Of course, these organizations and individuals have every right to voice their opinions on what should be taught in the public schools. It’s a problem, however, when lawmakers try to impose their political or ideological viewpoint through public schools.

In July 2014, Texas State Board of Education member Ken Mercer slammed the new APUSH framework for an “overwhelmingly negative” approach that would “please America-haters,” and encouraged conservative activists to demand a Congressional investigation: “For today’s patriots, this is our Valley Forge and our D-Day — this is the Revolution of 2014!”

The following month, the Republican National Committee adopted a resolution calling the APUSH history framework “biased and inaccurate” and recommended that “Congress withhold any federal funding to the College Board” until the AP History materials have “been rewritten” to remove “political bias.”

The call has been taken up by lawmakers around the country:

• Oklahoma Rep. Dan Fisher drew up a list of “foundational documents” that should be taught instead — including the Ten Commandments and three speeches by Ronald Reagan.

• An anti-AP resolution in Georgia claims the framework “emphasizes negative aspects of our nation’s history while omitting or minimizing positive aspects,” and State Sen. Mike Crane claims the AP is “pushing forward an agenda…that is very dangerous to this republic.”


• In several districts in Florida, legislators seek removal of a widely-used world history textbook on the ground that the book downplays Islamic-linked violence and devotes more attention to Islam than Christianity. NCAC intervened in one case in Charlotte County, where the school board ultimately voted in favor of keeping the textbooks in the classroom. But the activists’ efforts are supported by political heavyweights like Republican presidential contender Sen. Rand Paul, who recently wrote, “I support all the patriots in Florida who are fighting against Common Core. I believe the State of Florida should decide what’s best for their children, not someone in Washington.”

There has been some push-back. An effort by newly elected school board members in Jefferson County, Colorado to revamp AP History met with outrage from parents and students and attracted national media scrutiny, leading the board to table the proposal.

Recently the arguments in opposition to APUSH have gotten more sophisticated. Stanley Kurtz wrote in the Washington Post that this movement is merely about standing up for intellectual diversity, intended to “introduce students to a variety of opinions about the individuals, ideas and institutions that shaped American history.”

It’s a fair point, but not one that elected officials can or should try to resolve. Deciding how to teach history is a task best undertaken by trained historians and educators. While elected officials have an important role in insuring the availability of an adequate education to all students, they do not have the right to select course materials specifically to promote a political, religious, or ideological viewpoint.

More than 70 years ago, the Supreme Court held that students cannot be required to salute the flag and recite the pledge of allegiance, in an effort to promote patriotism: “If there is any fixed star in our constitutional constellation, it is that no official, high or petty, can prescribe what shall be orthodox in politics, nationalism, religion, or other matters of opinion.” The best way to educate kids is to let educators do their job without political interference.