Anyone who values freedom of expression is horrified by the terrorist attacks on the offices of the French satirical weekly Charlie Hebdo. Reports indicate that ten of the magazine’s staffers were killed, including editor Stephane Charbonnier. Two police officers were also killed on the scene.

The magazine has a long history of publishing sharp satirical work that no doubt shocks and offends many readers. Charlie Hebdo has published material mocking the Pope, Jesus Christ and French political figures, among others.  In 2011 their website was hacked and their offices firebombed after publication of an issue ‘guest edited’ by Muhammad. The magazine remained committed to publishing material some might find offensive or inflammatory.

Some reports say the attackers identified themselves as being affiliated with Al Qaeda’s Yemeni affiliate and were heard saying, “We have avenged the prophet.”

After the 2011 firebomb attack, French prime minister Francois Fillon called freedom of expression “an inalienable right in our democracy” and that “all attacks on the freedom of the press must be condemned with the greatest firmness."

That commitment–in France and anywhere else–should not waver in the face of today’s brutality. The National Coalition Against Censorship and many other organizations committed to the fundamental value of free expression condemn these hideous and barbaric attacks, which represent a chilling and extreme assault on freedom of speech. The failure to stand up for free expression emboldens those who seek to attack and undermine it.

People For the American Way

Unfortunately, several news organizations, including The Associated Press and the Telegraph, capitulated to terrorists by blurring or cropping out images of Charlie Hebdo covers in their coverage of the Paris attack (read more about the media's self-censorship here). This from the New York Daily News:

In a show of unity with journalists and for free press, NCAC has joined worldwide press outlets and other free speech groups to publish a selection of controversial work from Charlie Hebdo. The organizer of the protest, Index on Censorship, says “Only through solidarity – in showing that we truly defend all those who exercise their right to speak freely – can we show those who would use violence to silence free speech.”

Pardon our French. Translations may not be precise.

"The true history of little Jesus: his childhood, according to the apocryphal evangelists, and other texts" 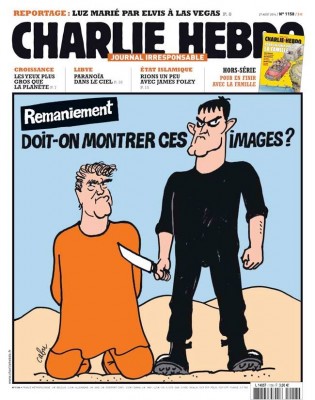 "Shakeup: should one show these images?"

"The Pope abdicates: free at last!" 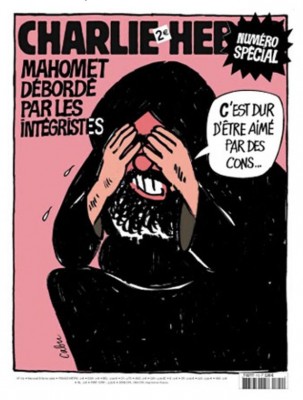 "Mahomet overwhelmed by the Integristes: it's hard to be loved by assholes" 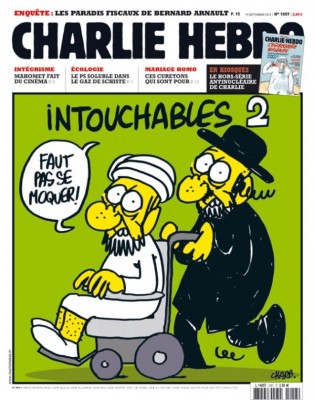 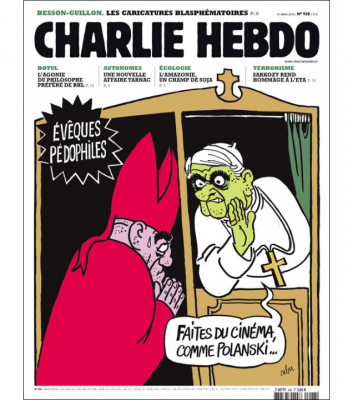 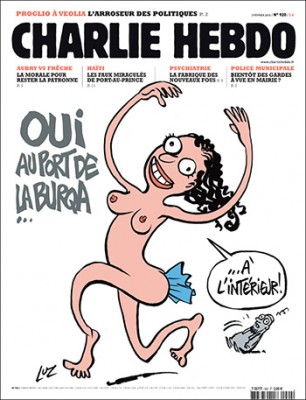 "Yes to wearing the burka — inside!" 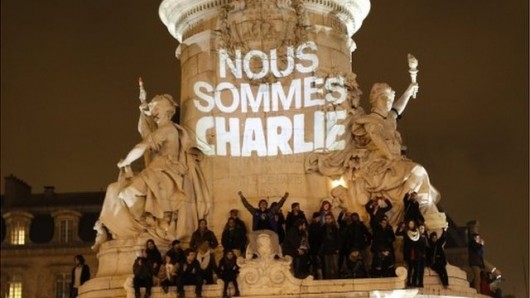 Our thoughts go out to the victims, their families, their friends, and their colleagues.