An international coalition of arts and free speech advocacy groups is appealing to the Cuban government to dismiss all charges against artist Tania Bruguera after she attempted to stage a performance about free speech in Havana’s Revolution Square. 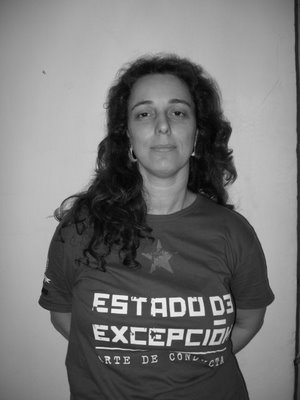 Bruguera, an internationally renowned performance artist who splits her time between the United States and Cuba, went to the country in late December to stage her piece Tatlin's Whisper. But Cuban authorities detained her before the performance. She was freed after several days, but her passport has been confiscated as she awaits possible legal proceedings. As such, she is prevented from leaving Cuba.

At a transformative political moment between the U.S and Cuban governments, the letter– signed by the US National Coalition Against Censorship, European Council of Artists, Freemuse, the Initiative for Freedom of Expression-Turkey, American Booksellers for Free Expression and others–urges Cuba to seize this opportunity to "send a powerful message to their people, regardless of where they live and what they believe."

The groups are also concerned about the fate of Cuban artists detained or harassed by the government for attempting to exercise their free speech.

As the letter states:

By dismissing all charges and freeing Tania Bruguera, Cuba will send a powerful message to their people, regardless of where they live and what they believe. The Cuban nation is ready and able to join those Cubans already on the world stage, and freedom and fairness in her case can help make that possible.

The full letter appears below.