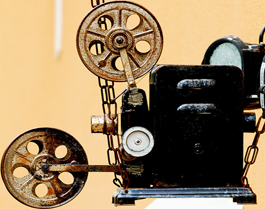 NCAC recently fielded a plea for help from a Boston University student filmmaker, at the College of Communication, whose film Wake Up had been removed from regular class consideration and critique for reasons which depended very much on point of view. The student thought it was art. The faculty called it pornography.  (For more info, click here.)

The following is an excerpt from a letter sent to the University:

We do not doubt your and your colleagues’ support of free expression and its importance to you.  We also appreciate that Prof. Anderson sought to do the right thing by allowing his students to view and comment on Wake Up if they wanted to do so. However, it is our understanding that Wake Up, in spite of following the guidelines set for the assignment, was singled out for removal from regular class consideration and subjected to prejudicial treatment (i.e. students were issued warnings and could only “opt-in” to see and comment on it) because of its sexually explicit content. Such a treatment inevitably deprived the student-filmmaker of the opportunity to have the same class presentation and critique as his peers – an opportunity integral to the learning process. We urge you to create clear guidelines for student work so that you may avoid this kind of situation in the future.

Wake Up was not given a regular class showing because of its sexually explicit content (you called it “pornographic,” a subjective term with which not all may agree) and because it may have been found to violate the Boston University’s sexual harassment policy.  Screening a sexually explicit film in the context of a university-level filmmaking class attended by a mixed group of college-age students may be troubling, challenging, even offensive to some, but it does not constitute sexual harassment according to BU’s policy as it simply does not represent “pervasive” or “severe” conduct “directed at an individual.”  To assert the policy in this case twists it to serve the goal of segregating controversial material and, we believe, does a disservice to sexual harassment’s real victims.

The prejudicial segregation and exclusion from the educational process of material troubling to some opens the door to removal of other content deemed offensive (whether sexual, political, religious, etc.), a bad precedent to set, especially at the College of Communication. College offers young artists, writers and filmmakers the chance to experiment, test boundaries, explore different creative paths, and even to be provocative. Discriminating against work that may be disturbing or offensive interferes with that process. After all, many well-regarded films, artworks and novels contain sexually explicit – or otherwise controversial – content.  Explicit sexual content has an established place in the history of film: Baise-moi, Fireworks, Flaming Creatures, In the Realm of the Senses, Irreversible, Last Tango in Paris, all are examples of controversial works without which the history of film would be much the poorer.  Students may or may not yet wield skills and techniques equal to the power of the material they choose, but that is exactly what their education is for.

With this in mind, NCAC calls on you and your colleagues at Boston University’s College of Communication to articulate clearly the guidelines for student work at the outset of all classes in class syllabi and perhaps more generally. Unless there is a clear and educationally justified policy against specific subject matter, the content of a film should not disqualify a student filmmaker from receiving exactly the same treatment his peers receive.  Alternatively, as such content restrictions may unduly exclude large amount of student work and compromise creative freedom, you may wish to inform students that classroom settings are exactly where they should expect to be challenged, sometimes by material that they personally find disturbing or offensive, and that BU’s policy explicitly states that “[n]o university can or should guarantee that every idea expressed in its classrooms or laboratories will be inoffensive to all; pursued seriously, education and scholarship necessarily entail raising questions about received opinions and conventional interpretations.”

BU students’ work should stand or fall on its own merits, and no student should be denied the opportunity to explain his goals to his peers and learn the profound responsibilities that come with the freedoms you are teaching them to exercise.  We look forward to learning how you and the College of Communication intend to proceed.
Yours sincerely,