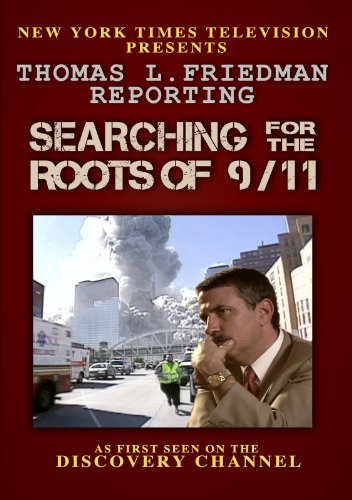 After resisting a challenge to a Thomas Friedman film last month, school officials in Hanover County, VA are now contemplating changes to their policies on instructional materials. They claim that these changes may eventually reduce the frequency of challenges in the district. NCAC, however, sees things a bit differently. In a letter sent to the school board today, NCAC cautioned school officials that policy changes intended to reduce complaints could actually do the opposite, giving would-be censors ample fuel for the fire.

NCAC sent the letter in advance of a school board meeting that's taking place tomorrow night, when three changes to board policies will be mulled over. The policy changes were crafted in response to controversies surrounding the use of Thomas L. Friedman Reporting: Searching for the Roots of 9/11 in the district’s classrooms. The film had come under fire early in the school year from parents who felt that it expressed sympathy with terrorists. Following a careful review last month, the school board rejected a formal call for the film to be banned from classrooms.

However, in the wake of that controversy, the board is now considering policies that it hopes will reduce the frequency of community complaints about instructional materials. The changes require pre-clearance of any material that raises concerns about “appropriateness,” the use of MPAA ratings for films shown in classrooms, and an opt-out and alternative assignment policy.

But who would determine “appropriateness”? As our letter — co-signed by the American Booksellers for Free Expression, the Comic Book Legal Defense Fund, PEN American Center, and the National Council of Teachers of English — explains: “The question of what is sensitive or appropriate is a highly subjective and wide-ranging one, implicating a number of materials that address race, gender, religion, sex, violence, history, science, politics, the environment, or any other issue on which people disagree.”

Joan Bertin, Executive Director of NCAC, goes on to point out that the practical implications of such policy changes, which were crafted to head off complaints about instructional materials, could very well do the opposite:

“Labeling sensitive materials – and opening up the possibility for endless alternative assignments – is a prescription for educational chaos that will stigmatize and deter the teaching of valuable works, invite ongoing controversy, and ultimately undermine the quality of education students receive.”

The signatories hope that the district will continue to select educational materials for their educational value rather than subjective ideas about their “appropriateness.”