Previous Next
Art Schools Must Prepare Artists to Resist Self-Censorship

A student at Allegheny College in Pennsylvania, working in an Art Department studio space, created a series of paintings that portrayed walls sprayed with graffiti. The images include typical found expressions such as “Big Cat,” “Alien Luv,” “Clap Thots,” and “Kill Cops”. College employees who saw the “Kill Cops” phrase misconstrued it as a literal threat to law enforcement. They photographed it, cropping out the rest of the painting, and posted it on social media, where it drew outrage from members of the college community as well as local law enforcement. The student removed the work. 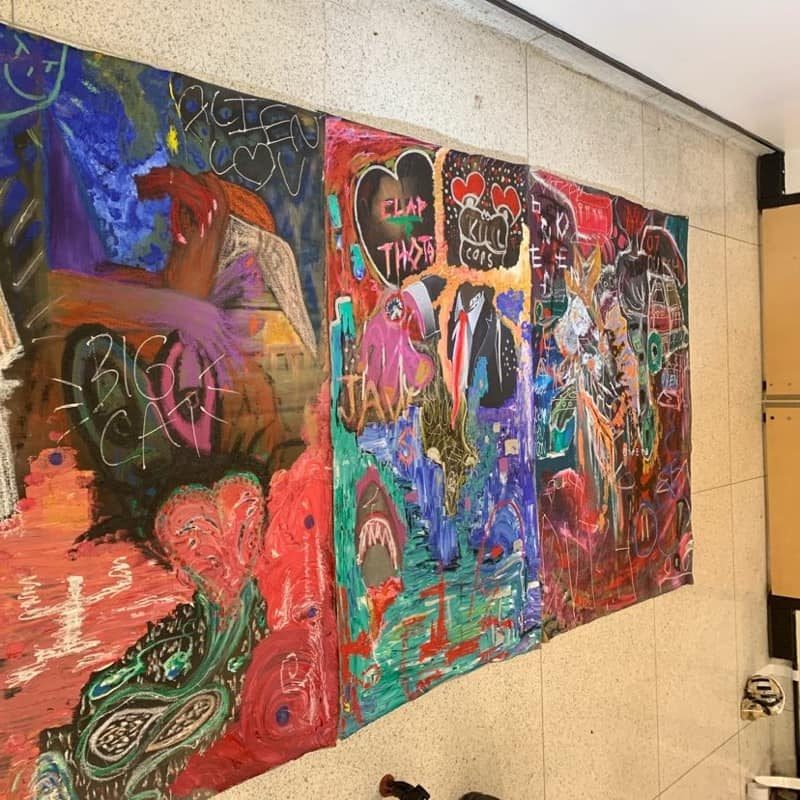 NCAC’s Arts Advocacy Program is disappointed that Allegheny College did not support its student more strenuously and help prepare them to show their work in a polarized world where social media misrepresentations are frequent and often also damaging.

The college issued a statement saying that it does not condone violence, and explained that the intention behind the work was “to call for an end to mindless violence and the language that leads to it, just the opposite from the context being circulated on social media.” While we understand that the decision to remove the work was made by the student and not the administration, academic freedom requires active support for a diversity of views and opinions to thrive on campus.

Across the country, artists respond to current events by creating works that reflect upon their environment. This may include subjects such as street violence and police brutality that are sensitive, difficult or divisive. Such work is easily misconstrued, especially when the material is posted out of context on social media. Colleges and Art Departments have an educational duty to their students to help them to navigate this environment, and support them when they are attacked on social media.

As engaged citizens, students should be free to question the ills experienced in our current environment, from violence in our communities to the tactics of law enforcement and the workings of government.

Allegheny College offered to further this conversation by holding a panel discussion with the Art Department and the student artist later in the semester. Yet such a discussion, while welcome, would be biased from the start if the cropped element of the painting on social media is the only representation of the painting that people can refer to.

NCAC is offering support to Allegheny College in encouraging its student to re-display the work, to offer students support in navigating such controversies around their work and strengthening its commitment to academic and artistic freedom.

NCAC’s letter to Allegheny College can be read below.