CUNY Likely to Reverse On Kushner, But The Pattern Stands

Previous Next
CUNY Likely to Reverse On Kushner, But The Pattern Stands 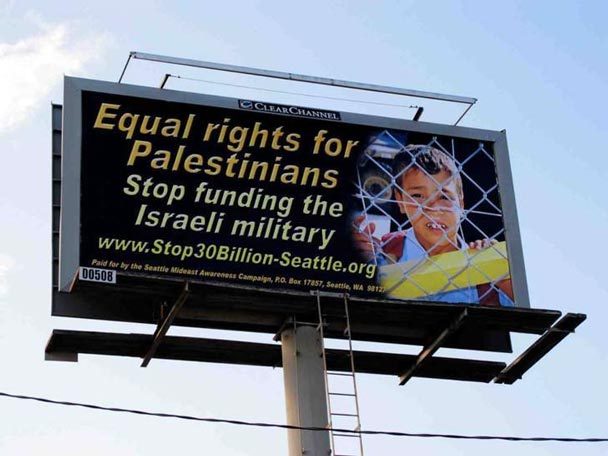 It is appalling that the trustees of CUNY voted not to bestow an honorary degree on Tony Kushner, the acclaimed Pulitzer Prize winning playwright, because a trustee disagreed with his views on Israel. Denying him this honor solely because of his political views violates core First Amendment principles and is wholly inconsistent with basic notions of academic freedom. Amid wide outcry CUNY quickly recognized this and reversed the decision. After all, Tony Kushner has created a body of work that is among the most distinguished in contemporary American theater and denying him the honor affected CUNY’s standing much more than it would have affected Kushner’s status as a leading cultural figure. But pressures on academics, intellectuals and the arts because of their open criticism of Middle Eastern politics does not always end well.

The reversal notwithstanding, the CUNY controversy confirms a pattern in which open, critical discussion of Middle East politics is consistently silenced and criticism of the policies of the Israeli government is demonized as anti-Semitic.

Even CUNY has already seen academic freedoms trampled so as to silence criticisms of Israel: In 2008, the Center for the Humanities at CUNY canceled a scheduled program around Stephen Walt and John Mearsheimer’s book, The Israel Lobby, because the book’s thesis about the Israeli influence on US foreign policy was too controversial to be presented unaccompanied by immediate criticism and the critics were either unavailable or unwilling to attend. CUNY, for better or (most likely) worse, was not the only institution to cancel events around the book.

The demonization of views critical of Israeli policies is affecting many other institutions of higher education: Earlier this year, for instance, Brooklyn College initially decided not to accept the political science department’s recommendation to hire an adjunct instructor shortly after Dov Hikind, a Democratic State Assemblyman from Brooklyn, expressed concern about the “slanted nature” of the instructor’s works, saying that his views on the conflict in the Middle East were one-sided and anti-Israeli. After outcry the College reversed its decision. In 2008, the University of Michigan Press declared it had terminated a distribution agreement with Pluto Press, the publisher of Joel Kovel’s Overcoming Zionism, a book supporting a “one state” solution to the Israeli-Palestinian conflict, which had exposed the publisher to intense criticism from pro-Israel groups. In 2006 Brandeis University took down “Voices from Palestine,” an exhibition of art work by teens from Palestinian refugee camps, curated by an Israeli student, who had conceived the exhibition as a way to redress what she perceived as the lack of Palestinian voices on campus. But four days into a two-week exhibition, school administrators removed the artwork, claiming that it “confused” and “upset” some students. The examples go on and on, including De Paul University’s controversial denial of tenure to Norman Finkelstein because of his views on Israel and the successful pressure by Jewish organizations to cancel talks by the late historian and academic Tony Judt.

Even institutions with a Jewish perspective are not immune if some of the views they showcase cast doubt on a strong pro-Israeli line: In 2008, after a month of resisting pressure to close its critically acclaimed exhibition, Imaginary Coordinates, Chicago’s Spertus Institute for Jewish Studies finally buckled, citing the “risk of alienating its core constituency.” Reportedly, members of the “key audience” were offended by what they interpreted as anti-Israel points of view. This happened in spite of an earlier compromise to change the labels in the exhibition and introduce compulsory guided tours so as to appease critics by providing the “context” they demanded.

Institutions such as Spertus are understandably worried about alienating donors. But does that mean they have to compromise their integrity? The New York Theater Workshop decided in favor of appeasing donors when, in 2006, it indefinitely postponed My Name is Rachel Corrie, a play based on the diaries of the 23 year-old peace activist killed by Israeli bulldozers while trying to protect a Palestinian house from destruction.

The silencing of debate about the Middle East has now spread to public spaces: just this week, the same week as CUNY’s now infamous Tony Kushner decision, Clear Channel Outdoor decided to remove ads purchased by the Seattle Mideast Awareness Campaign, citing a company policy of avoiding messages that offend certain persons or organizations. The ads show a Palestinian boy behind a fence and a call for “Equal Rights for Palestinians” and for the U.S.to “stop funding the Israeli military.” The removal followed a rejection of “war crimes” ads, sponsored by the same group, by the authority regulating Seattle Metro buses.

Disagreement on Middle East politics is likely to spark the most passionate of political feelings today. The impulse to shut up your opponent is understandable, but this impulse should not lead to the imposition of a political litmus test when granting an honorary degree to an artist, when deciding to invite a speaker, or when mounting an exhibition that has chosen complexity over propaganda. Otherwise any pretense to free speech is a sham.