Farewell to Sendak, but not to Censorship

Previous Next
Farewell to Sendak, but not to Censorship 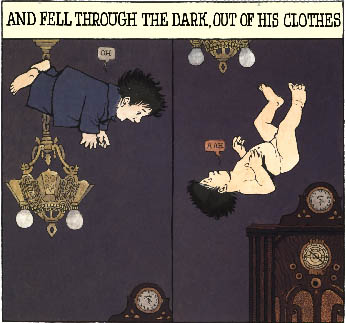 We were saddened to hear today about the passing of beloved children’s book author Maurice Sendak at the age of 83. His books, the most well-known being Where the Wild Things Are, captivated the imaginations of readers both young and old with their sometimes dark, fantastical stories.  Because of the nature of his tales, many critics and censors marked his work as inappropriate or too dark for young children. Most notably, his 1970 book In the Night Kitchen, was one of the most challenged books in the 1990s because it features a young boy who, in his dream world, falls out of his clothes and into a bowl of cake batter.

Just a few months ago, Stephen Colbert interviewed Sendak on The Colbert Report, discussing, among other things, the sexual content some have projected onto his works.

Sadly, not much has changed. In Lebanon County, Pennsylvania, the Annville-Cleona School Board voted to remove Amy Timberlake’s award-winning book The Dirty Cowboy, from library shelves. The book, which is inspired by the life of the author’s grandfather and depicts a cowboy on the day of his annual bath, was yanked because of the bathing buckaroo’s nudity. Evidently, a parent feared children reading the book “may come to the conclusion that looking at nudity is OK, and therefore pornography is OK.” Annville resident Michelle Carey began an online petition to reinstate the book. So far, the petition has over two hundred signatures.

Timberlake’s book, charmingly illustrated by Adam Rex, has often been praised precisely because of its treatment of the cowboy’s nudity, cleverly keeping areas of his body covered.

Unlike Sendak’s In the Night Kitchen, the cowboy is never fully exposed to the reader, which just goes to show that this issue has more to do with what’s in people’s heads than on the page.