All three work hard to promote free expression. Lauren Myracle is a NYTimes bestselling author of the Internet Girls trilogy—ttyl, ttfn, and l8r, g8r. She was the most censored author in 2009. 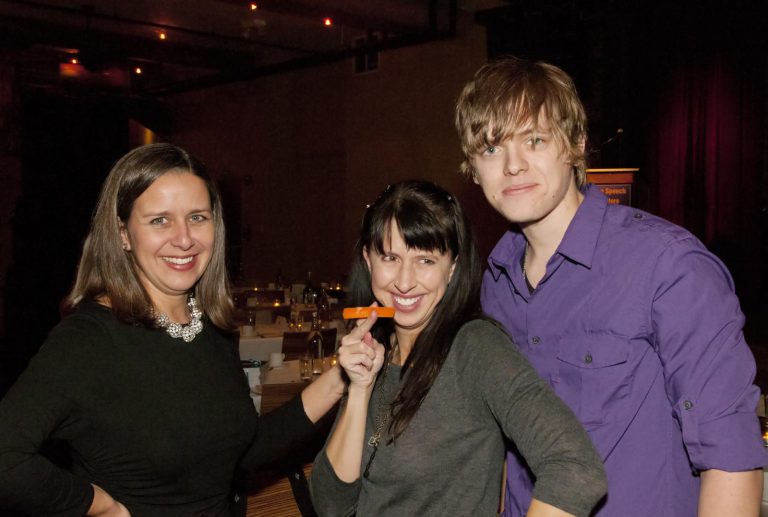 The evening started with actor David Staller, director and founder of the Gingold Theatrical Group as master of ceremonies.

Executive Director Joan Bertin introduced Lauren Myracle saying, “…Lauren is in very good company with the likes of Toni Morrison, Sherman Alexie, Pat Conroy, plus a raft of wonderful and much censored authors… We need you Lauren – and Judy [Blume] and Robie [Harris]… and all the other brave souls who will stand up to the sanctimonious people who think they know what’s best for everybody’s else’s kids.”

For more photos of the benefit, see our gallery on Flickr: