In an important step towards open goverment, Obama revives FOIA

Previous Next
In an important step towards open goverment, Obama revives FOIA

Under Bush-Ashcroft, the presumption was: When in doubt, classify and lock the archives down. Bureaucrats are always in some doubt, so they slammed the vaults and hid the keys. Obama is saying: When in doubt, if there’s no demonstrable harm, open the gates. 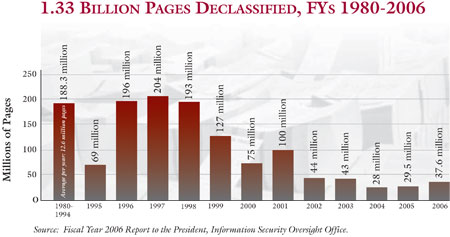 Obama’s memorandum promises to reverse Bush’s policies and create guidelines based on a presumption of disclosure, rather than concealment. The memo reads:

The Government should not keep information confidential merely because public officials might be embarrassed by disclosure, because errors and failures might be revealed, or because of speculative or abstract fears .

Obama has put much emphasis on transparency and open government in his first week of office. In addition to signing the FOIA memorandum and another memorandum on transparency, he launched a new version of WhiteHouse.gov, complete with youtube videos, which cites Communication, Transparency, and Participation as central principles of his new media efforts. He has received much praise for these efforts, but according to The Reporters Committee for Freedom of the Press, he has also received criticism in his first week for limiting his interactions with the press (refusing to let photojournalists take the traditional first pictures of him in the Oval Office and allowing only one cameraman to film his do-over of the oath of office.) Not everyone is so impressed by his new website. Megan Garber, writing for The Columbia Journalism Review, argues that while Obama’s new website purportedly offers people direct access to the White House, it makes little mention of the press. She questions whether the Obama administration will be open to the press, and mentions that Obama has a tendency to shirk the press during his presidential campaign. She argues that the role of the press must be preserved, lest Obama’s “‘direct democracy’ veer into ‘direct publicity.'”

While it is a valid point that we must continue to be vigilant in protecting the press and must keep our standards high, the fact that Obama signed such a definitive statement on FOIA is an encouraging sign. As Slate reports:

Obama’s memorandum on reviving the Freedom of Information Act stands as the clearest signal yet that his campaign talk about “a new era of open government” wasn’t just rhetoric; it’s for real.