Just When You Thought You Had Enough “Fifty Shades”…

Previous Next
Just When You Thought You Had Enough “Fifty Shades”…

After Brevard County reversed its decision to remove Fifty Shades of Grey from its libraries, we noticed that several other library systems who had initially said they wouldn’t buy the book relented in the face of public demand. Holds on these books are bananas: they have ranged from the hundreds to over two-thousand in various library systems. 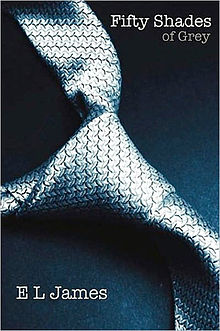 We issued a joint letter with collaborating free speech orgs yesterday criticizing the exclusion of Fifty Shades in the Harford County Public Library on that basis that it categorically bans “pornography.” “Pornography” is a notoriously subjective assignation and this library’s policy was in actuality an unwritten procedure inaccessible and not defined to its patrons.

Popularity and interest are common reasons—among many—for selecting a book for a public library. Rarely would libraries opt not to purchase a book which is sitting at number one on most major best-seller lists.

Imagine a library that refused to carry Dan Brown’s The DaVinci Code  in the height of that craze? Or Twilight in the Summer of 2008? Or The Hunger Games trilogy in the past few months? If a book of such immense popularity (even of dubious literary quality, Dan Brown’s work has suffered the criticism many a time) is not selected the immediate question will be “why not?”

Why not? If I book disturbs, confuses, arouses, provokes—is that grounds for non-selection? The DaVinci Code‘s purported heresy rankled many Christians. Twilight stars occult sexually-charged vampires. To my mind parts of those books were far more titillating than the sex scenes in Fifty Shades. And The Hunger Games has come under frequent challenge: it is “occult,” “too violent,” “anti-family.”

Are violence, heresy and the occult justifiable reasons to keep a book out of a library? Why should sex be a disqualifying trait? Why should graphic depictions of violence in a crime novel (The Godfather, The Millenium Trilogy, the Dexter series, American Psycho) that otherwise has characters and a story-arc be okay, while a story with graphic depictions of sex acts which likewise has characters and a story-arc be unacceptable?

Shouldn’t an adult reader be able to make an informed, personal decision as to whether or not they want to be disturbed by The Girl With the Dragon Tattoo or aroused by Fifty Shades of Grey?

“Ms. Hastler read the book, thought it nasty, and decided, despite its immense popularity, to deny it to her patrons. That this does not constitute censorship is logic chopped very fine.”

In our letter, we cite a thought-provoking article “Not Censorship But Selection,” by the late Laster Asheim, Professor at the University of Chicago Graduate Library School. Asheim believes you can distinguish between Selector and Censor, but not easily. The standards employed by the librarian, though they may think themself a Selector, are the same as those of the censor. The difference, for Asheim, is in the way they’re employed.

I propose his questions to you:

“Do public libraries attempt to supervise the taste of their readers by making it a fixed policy not to buy ‘objectionable’ books?”

“What other reason is there for censorship than the assumption that the condemned book will have a harmful effect upon its readers–or at least some of them?”