In November 2019, for Creative Time Summit X: Speaking Truth, our Arts Advocacy Program (AAP) organized the roundtable session Fear and Controversy: Censorship in the Arts at the Cooper Union with artists Christina Freeman (UltraViolet Archive), Roopa Vasudevan (Center for Media at Risk, University of Pennsylvania) and Joy Garnett (NCAC’s Arts Advocacy Program). The number of attendees (approx. 25 people) exceeded the 15-person limit, standing-room only, and consisted of artists, curators and staff from galleries and arts nonprofits including Culture Push, Philadelphia Contemporary, and the director of Creative Time itself. In conjunction with the roundtable, Freeman installed her site-specific UltraViolet Archive in 41 Cooper Gallery with banned and challenged books she sourced from NCAC’s in-house library.

? One of the highlights of 2019 was taking @ultravioletarchive to the @creativetime Summit! ?? . It was a bit intimidating at first to fill a 38ft wide space, but it really came together. . Thanks to @brianggeorge for the design work and updated signage! . Big thanks to @conztanxa and @names_mud and everyone at Creative Time!!! . ? to my session co-organizers @joygarnett and @rouxpz ?? . ? @haikstudio . ULTRAVIOLET ARCHIVE 41 COOPER SQUARE, LOWER LEVEL 1, 41 GALLERY November 16, 2019 DROP IN | 11:00 AM – 4:00 PM Christina Freeman’s UltraViolet Archive is a collection of endangered creative works—including films, graphic novels, music, literature, visual and performing arts—that were formerly banned, challenged, or partially censored. For Creative Time Summit X the participatory installation presents works from the National Coalition Against Censorship’s Banned Books Library, with a focus on books that were authored, set, or challenged in New York.

For “Fear and Controversy” we offered a case study (Roopa Vasudevan and Atif Ateeq’s installation Hands Up), and our resources for navigating censorship in the visual arts. We asked: How does a culture of fear influence the work we make? What recourse do artists and curators have when faced with censorship? Have you ever felt pressured to alter your creative work? Was your project modified with or without your consent?

Ours was one of over 30 breakout sessions that included alternative learning formats, panel discussions, tarot card readings, a youth-led presentation, an augmented reality field trip, a walking tour, a live podcast, and a sermon. The packed program promised critical perspectives that would offer participants new opportunities to collectively reimagine our future. On opening day, over 700 attendees convened in The Great Hall, Cooper Union, and over 30 presenters took to the Summit stage to reflect upon the last decade of the Creative Time Summit, while audiences from Helsinki to Seoul tuned in on live stream. The Summit dinner program hosted by artists across the city provided communal settings to continue discussions over a shared meal.

Creative Time is New York’s premier public art nonprofit, founded in 1974 to support the creation of innovative, socially engaged artworks in the public realm. This was their 10th annual summit.

Joy Garnett is an artist, writer and arts advocate with the National Coalition Against Censorship in New York who has written and lectured extensively about art, copyright, and fair use.

Roopa Vasudevan is an American visual artist, computer programmer, and researcher who is primarily interested in the historical reading of data as a form of collective memory. 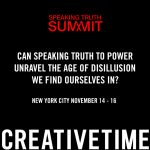 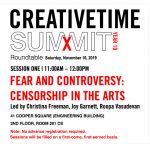 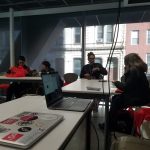 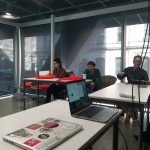 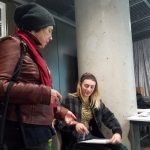 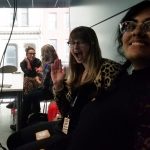 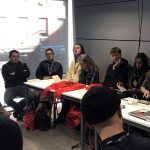 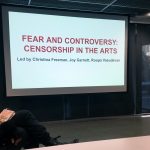 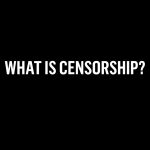 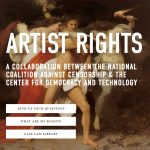 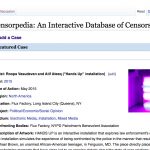 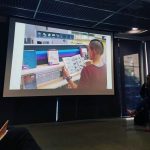 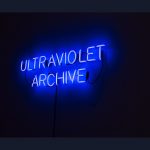 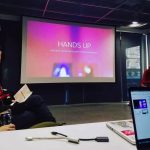 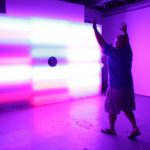 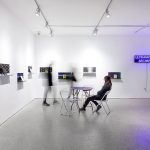 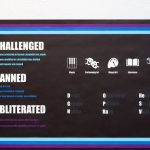 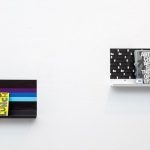 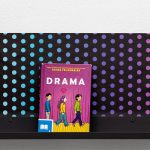 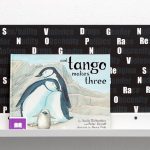 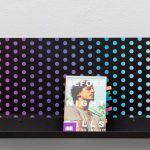 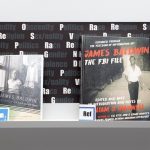 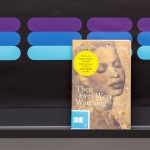 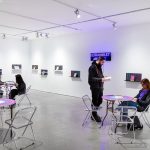