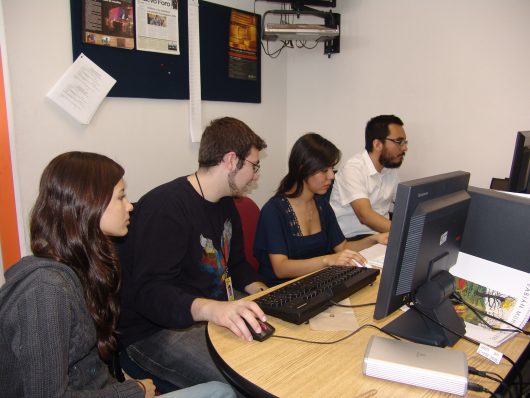 UPDATE 8/1/2016: A similar bill in Illinois was unanimously passed by the state legislature and signed into law by Republican Governor Bruce Rauner. The legislation forbids prior restraint and declares that student journalists have the legal right to determine "the news, opinion, feature, and advertising content of school-sponsored media" so long as they adhere to reasoanble journalistic standards. According to the Student Press Law Center, the legislation essentially reverses Hazelwood v. Kuhlmeier, a 1988 Supreme Court decision that permitted school officials to exercise prior restraint of student newspapers.

A proposed bill in New Jersey will offer sweeping free press protections to student journalists and their teachers in the state&rsquo;s public schools and universities.

According to the Student Press Law Center, a member of NCAC's Free Expression Network, the legislation, co-sponsored by Assemblywoman Gail Phoebus (R-Sussex) and Assemblyman Troy Singleton (D-Burlington), will require each school district in the state to implement written policies protecting student journalists’ right to determine “the news, opinion, feature, and advertising content of school-sponsored media.”A proposed bill in New Jersey will offer sweeping free press protections to student journalists and their teachers in the state’s public schools and universities.

School districts will also be prohibited from vetting articles prior to publication—with the exception of those that are libelous, unwarrantedly invade privacy, violate the law, or incite students to disobey school policies or otherwise interfere with the operation of the school. The bill also forbids school districts from taking action against faculty members who protect or advise these student journalists.

Although the bill permits schools to limit student expression that is “profane, harassing, threatening, or intimating,” it nevertheless will prevent administrators from censoring student journalists who criticize the school district or write controversial  pieces.