“If you have freedom of speech, you have freedom of speech,” publishing legend Barney Rosset was quoted as saying. Rosset was responsible for the publication of many celebrated works of American literature, especially those that pushed the envelope in terms of sexual content. A staunch defender of the freedom to read, Rosset risked his reputation, business, and life on his path to publishing books he considered great. 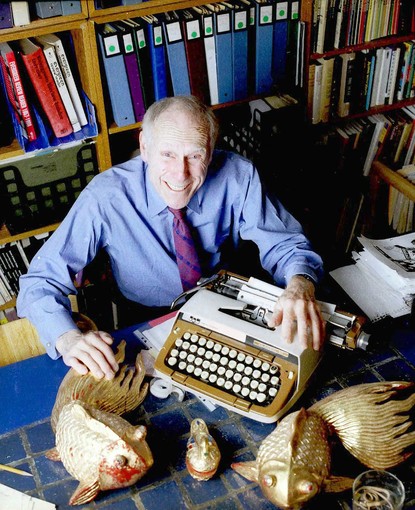 The publisher of Grove Press published seminal works including Henry Miller’s Tropic of Cancer, Allen Ginsberg’s Howl, William Burrough’s Naked Lunch, Lady Chatterley’s Lover and The Story of O. When Tropic of Cancer was banned in twenty-one states, Rosset was arrested and brought before a grand jury.  In 1964 the Supreme Court reversed the ban and overruled state findings that the book was obscene.

In 1968 a fragmentation grenade was thrown into Grove offices, though no one was present at the time. It is thought this act was perpetrated in response to Rosset’s publishing works by Che Guevara.

Though Rosset had his critics, his commitment to defending critcally-acclaimed but so-called “obscene” works paved the way to a broader view of free speech.