“Shame is the Evil That Makes Everybody Sick”

Previous Next
“Shame is the Evil That Makes Everybody Sick” 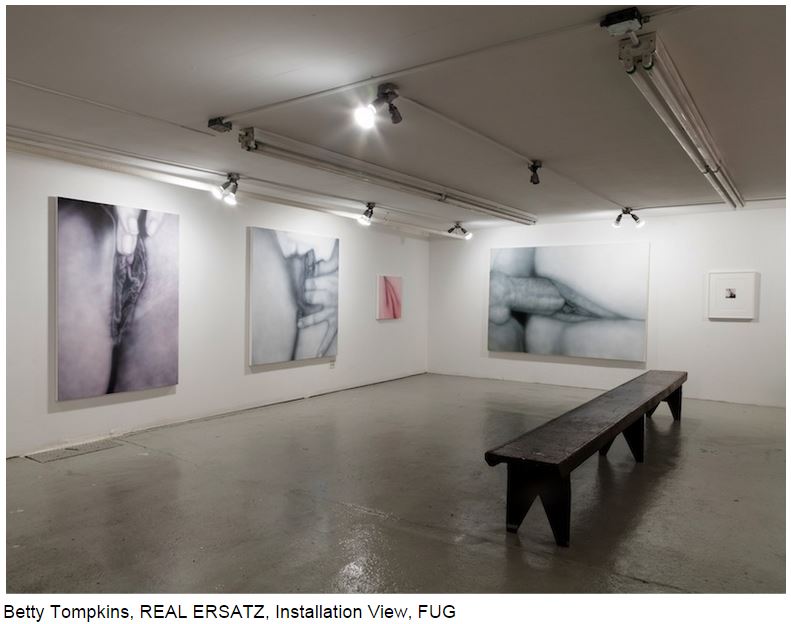 Censorship and sexual expression were discussed in a conversation between legendary artists Betty Tompkins and Marilyn Minter on the occasion of Tompkins’ solo exhibit “REAL ERSATZ” at FUG in New York’s East Village. The exhibited works are a reassesment of her ‘Fuck Paintings’ made between 1969 and 1974.

The 'Fuck Paintings' were based off of found pornography, cropped where Tompkins calls "the money shot" or compositionally interesting moments. These paintings were once impossible to show, because in the 1970s showing sexual penetration had questionable legal standing. In 1973, the obscenity test, affirmed by the Supreme Court, excluded work with serious artistic value but who could know at the time whether a court would be convinced of the 'artistic value' of pornographic paintings made by a young unknown female artist? The “community standards” by which obscenity is judged have changed, and decades of feminist work featuring explicit sexuality has made it acceptable as art— REAL ERSATZ at FUG is a product of their struggle for visibility.

The global scene is more complicated: Tompkins had her work declared pornographic and banned from entering France in 1973, only to be acquired by Centre Pompidou (Paris, France) in 2003. However, in 2005 the paintings were denied entry into Japan. She also mentioned a incident in the private sector: "Apple Books refused to do something that Kinko's had no problem with."

The cozy talk was in the exhibition space surrounded by her huge paintings/prints of genitals—no better place could have been imagined to talk about the nature of controversy. 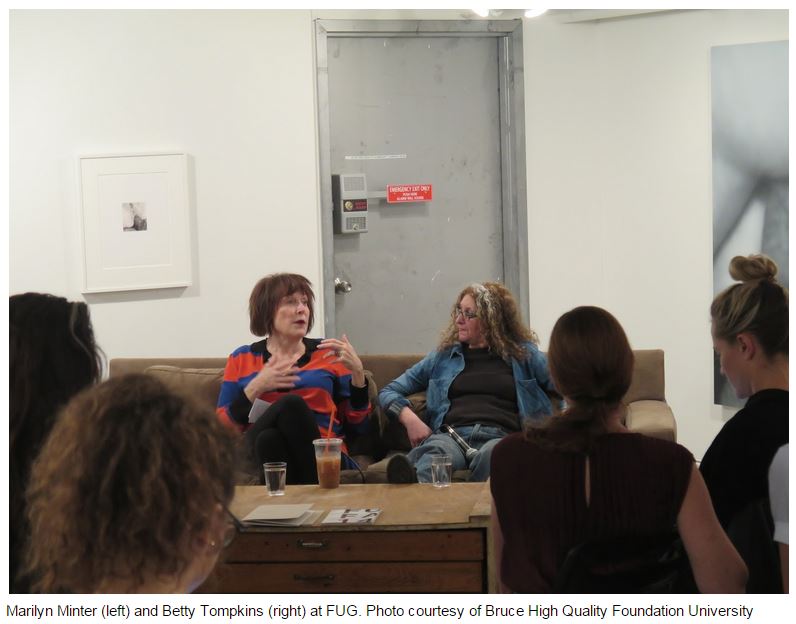 Here are some of the highlights; the full interview can be heard here. [Transcript edited for clarity]

MINTER: Tell me one from the left [wing], that's the most painful one. I know how you feel about censorship. But I want you to tell the audience, what’s it like to be attacked from the left?

TOMPKINS: Well actually I have a recent experience, that goes back 30, 40 years. And I just found out about it…. When she [curator Alison Gingeras] interviewed me, she told me– and subsequently put it in this article–that Joan Semmel had trouble and has trouble with my work because I use found pornography, and that she found this morally difficult even though as a woman I was taking it over and making it my own….I was incredibly shocked when Alison told me this… she wrote it up and has it in her article in the summer artNews.

MINTER: Your name is mentioned?

MINTER: This is a real problem with our age-group in women, you're allowed one or two. Anyone else is too threatening.

TOMPKINS: I don’t know what was at the basis of it because, of course, what Joan was doing was either hiring models to have sex in her studio…or she was going to some place that had models you could photograph or whatever. 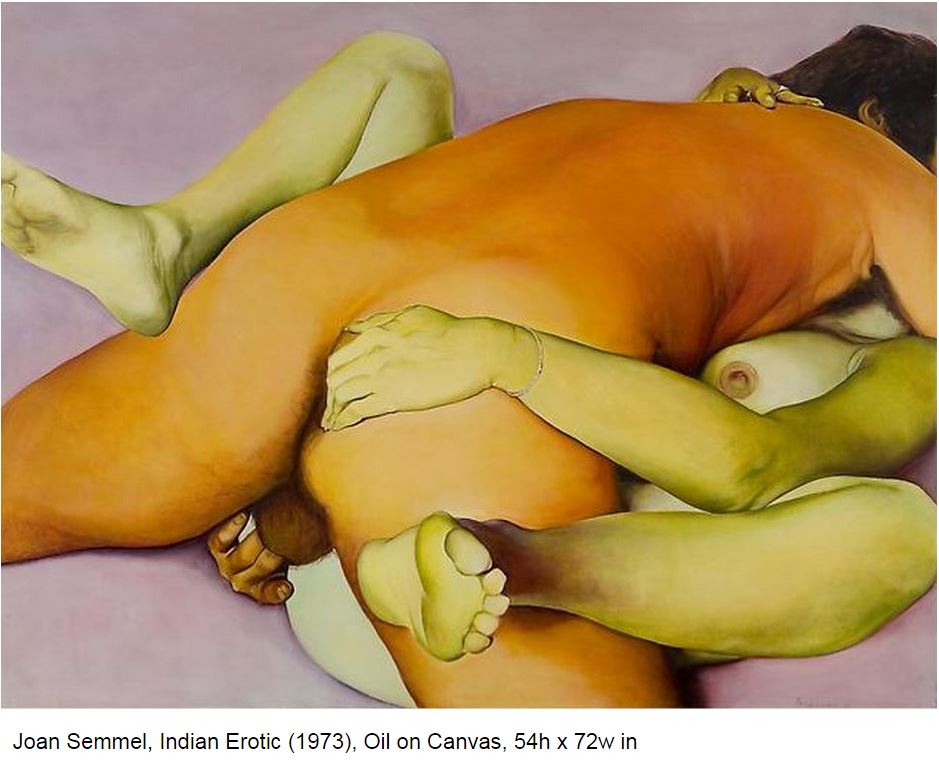 TOMPKINS: It was a time where there was so little entré for women in the art world. I’m not saying this to castigate her, because I like Joan and respect what she has done tremendously. But the times did not allow very many women in. You weren’t gonna get shown, so you didn’t have a chance to make it into the canon or the conversation. So the few women who did shut everybody else out. They got protective, naturally.

MINTER: I really feel like they couldn't help themselves. I don’t think they could’ve helped themselves. The millennials, I love the way they stick together and support one another.

TOMPKINS: You guys are GREAT, whoever taught you teamwork did a good job.

MINTER: Women supporting each other and it’s the first time I’ve ever seen it. I’ve been fighting for this my whole life and I’ve been struggling with it. It’s a new phenomena and it's like a new language almost because this is the most important thing women can do – there are a lot of young girls in this audience – is to basically work as a team until you get to the top and then try and kill each other off.

MINTER: That’s what the boys do!

The conversation returned to that generational point later on in the evening:

IKEGAMI: Following the point that Millennials stick together, it could be true, but also we are arguably in a more conservative atmosphere today…

MINTER: Trigger warnings? What year are we in … do we need the vapors? And pearl-clutching, you know? 'I have the vapors, am I going to faint?' Who has to be protected!?

IKEGAMI: What can Millennials do to fight this climate of conservatism?

MINTER: Talk about it

MINTER: Yeah. Shame is the evil that makes everybody sick.