Sherman Alexie Talks to NCAC About Being Banned

Previous Next
Sherman Alexie Talks to NCAC About Being Banned 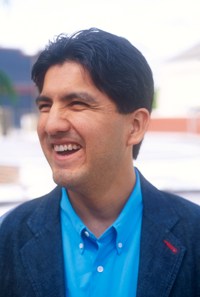 Sherman Alexie tells the Write Stuff about how it feels to be challenged, why he’s determined to keep writing controversial books for teens, and the upcoming sequel to his oft-banned, award-winning novel, The Absolutely True Diary of a Part-Time Indian (Little, Brown).

I’m sure you hear about the impact True Diary has on kids all the time. What story has left the most lasting impression on you?
The big moment for me was when I gave a reading in Spokane in 2009, and eight or nine Chicano boys drove up with their teacher from Ephrata, WA, which has a heavily migrant worker population.

These Chicano boys were so into the book—and they were all wearing ties—and they told me that they had decided to put on ties to show respect to me and the book. Their excitement was amazing, and all of them said it was the first book they’d ever finished.

What made the book so special?
It was the first book they ever read that felt real.

So many kids say it really resonates with them.
That’s probably one of the most common things I hear, “It’s the only book I’ve read.” Which, on one hand is sad, but on the other hand, it makes me think, maybe it’s the gateway book.

Where do you stand on book-banning? Is it ever justified in a school or library?
I suppose if you tried to bring in the Hustler Anthology (laughs)! In every situation, there’s always an alternate book. The problem isn’t that one parent doesn’t want their kid to read the book. The problem is they want to control what every kid reads.

I have no objection to a parent not wanting their kid to read my book. But when they try to control a school’s curriculum, that’s when the fight is on. So the second they try to make it a policy, no, I can’t think of when it’s acceptable because whatever the text, you can teach and learn from it.

In Yakima, WA, an African-American mom said the N-word in True Diary made her daughter extremely uncomfortable.
It’s always about context. When that joke gets referenced by those who oppose the book it’s always as if it’s condoned, as if it’s an acceptable use of the word. But actually, in the plotline of the story, the person who uses the word gets punched in the face. It’s a pretty clear indication that the word is awful. I know Yakima, so I’m pretty sure that girl hears that word in [worse] ways.

How do you stop it?
You can’t change their minds, but you can have meetings and challenge the challengers—and educate them.

What’s the most upsetting thing about book challenges?
People inventing things that never happened. It makes me want to write a young adult book with blow-job lessons in it.

Too late! We already have YA books with blow jobs in them.
Yeah, and that’s the thing. When most folks read True Diary and hear it’s banned, they can’t even remotely figure out why. In comparison to other books that get banned a lot, mine is incredibly tame. I think race has something to do with it.

Did you know True Diary would get banned while you were writing it?
Yeah, I knew it would. I remember one of the blurbs on my book from Neil Gaiman was, “It’s going to win many awards and be banned everywhere.”

Did it affect your writing?
No, but we did wonder about the [N-word] joke. My editor, Jennifer Hunt, and I went back and forth about it. Jennifer is black. She grew up in the West and was often the only minority in the room. The fact is this word—these are racial insults that you grow up with—that you’re bombarded with on a daily basis.

Was Jennifer OK with it?
Oh yeah. You have to have the language. It has to have the gut-punch painful horribleness of it for it to ring true.

Why does free speech matter so much?
Free speech is vital because positive change comes from changing the very language we’re using. In order to advance as a people, we need new ways of looking at the world and new ways of talking about the world. The effort to ban books is really the insistence on using the same words in the same ways—the same ideas.

Do your 15- and 11-year-old sons get the whole book-banning thing?
Kids these days are so much smarter and world aware. So that’s the ludicrous thing about book banning. It’s ludicrous to assume that kids these days can be sheltered.

Did they read the book when it first came out?
Yeah, my kid read True Diary when he was nine. When I talk to people who challenge the book and who are uncomfortable with it, they ask, “Do you let your kid read the book?” And I say, “Yeah, they can pick up any book they want.”

I talk about it—and more than that—they live with me, so they hear me every day. And I have two incredibly, polite, kind, generous children. It’s amazing in this Internet age that a book can scare people so much. It really points out that a book in the form of a book is infinitely more powerful than a machine. I wonder if e-books are going to get banned as much. 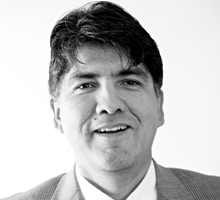 Would you like to say something to the librarians and teachers who fight to keep books like yours in the hands of kids?
Thank you. I have the easiest part of the job. I’m like a Rear Admiral hanging out at the officer’s club, and these teachers and librarians are on the front lines.

I hear you’re working on the sequel to True Dairy. When can we expect it?
Oh god! Don’t hold your breath! You can expect it sometime within my lifetime.

Think it’ll get banned?
Maybe we’ll put on the cover, “Now more ban-able than ever!”

What’s it about?
It’s the story of Rowdy. It’s the same year, but from Rowdy’s point of view. The kids who really love True Diary are the ones who are like Rowdy, so this book is directed toward them.

Are there any voices telling you to tone it down?
No, and in some ways Rowdy directly responds to it.

This interview appears in NCAC’s e-newsletter. Subscribe to The Write Stuff.