UPDATE: On March 5, NCAC and several prominent artistic freedom and free speech groups sent this letter to the NY Youth Symphony in protest of their decision to cancel Tarm's performance.

(NEW YORK, NY)– On the eve of Music Freedom Day, the New York Youth Symphony (NYYS) struck a blow against artistic expression by abruptly canceling a Sunday Carnegie Hall performance because the composition in question includes a 45-second musical reference to a World War II-era German theme that was deemed offensive.

The piece–"Marsh u Nebuttya," or "March to Oblivion" in Ukrainian–was composed by Jonas Tarm, a 21-year-old junior at the New England Conservatory in Boston. Tarm was one of three composers to win the prestigious NYYS First Music competition. Each winner was commissioned to write a new piece for a Carnegie Hall concert.

Tarm's composition about the horrors of war and totalitarianism also contains references to Soviet-era music. The NYYS received the score six months ago and has been rehearsing it for more than three months. The piece premiered at a performance at United Palace Theater on February 22.

It was only after that performance that NYYS became aware of the reference to the Nazi-era theme. A March 2 letter from NYYS to Tarm explained that the "content of your piece… is unacceptable for further performance by a youth symphony for the reasons we discussed."

When notified about the decision to cancel the performance, NCAC Director of Programs Svetlana Mintcheva contacted NYYS Executive Director Shauna Quill, who confirmed the decision and cited the inclusion of the Nazi theme–which was offensive to some audience members– as the reason.

"Musical expression is open for interpretation, we react to it differently and emotionally," said Mintcheva. "Some audience members may have painful memories associated with the official music of oppressive regimes, but that should not mean that any work that references this music must be silenced. In school curricula, books and theatrical productions, painful moments from the past are brought up in attempt to understand them. Attempts to sanitize contemporary art do not protect young people or survivors of oppressive regimes; they can only succeed in suppressing the voice and violating the vision of creative artists, as well as in impoverishing public conversation about important, though disturbing, issues."

Other advocates of free expression agreed. "The horrors of wars have been described in hundreds of movies. Describing or referring to horrors through music has the same purpose– to make people reflect. Quoting horrors is not promoting them, and unfortunately the interpreters seem to have misunderstood their role of standing up for artistic freedom," said Ole Reitov, the executive director of Freemuse, a Copenhagen-based organization that advocates for and defends freedom of musical expression worldwide. 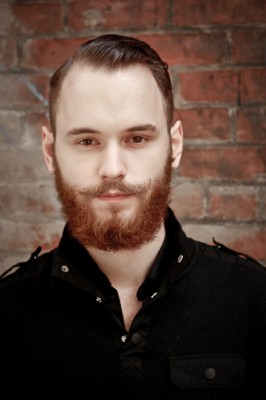 Tarm shared this reaction to the last-minute decision by NYYS:

"I am disappointed and confused by the decision of the president of the board and the executive director of the NYYS to cancel my Carnegie Hall debut. This composition, titled "Marsh u Nebuttya" (Ukrainian for "March to Oblivion"), is devoted to the cruelty and hatred visited on so many victims of war, totalitarianism, and polarizing nationalism–in the past and today. To emphasize that point in musical form, I briefly incorporate historical themes from the Soviet era and from the World War II Germany. The Ukrainian Soviet Socialist Republic (UkSSR) national anthem lasts about 45 seconds and the German Horst Wessel Lied also lasts about 45 seconds in the nine-minute work. This piece was not meant to provoke but to evoke.

The NYYS has had the score to 'Marsh u Nebuttya' since September….On Monday this week, just days before its Carnegie Hall performance, the executive director of the NYYS told me that these themes, these instrumental quotes, are potentially offensive. Concerns about the content of this work were never mentioned to me until yesterday. I'm disappointed that this work will no longer have the ability to speak for itself."

"Jonas Tarm, a distinguished and celebrated young Estonian-American composer, has written a work that engages with the nightmares of historical memory. Every student of musical history knows that conflict and unrest is often illustrated through the use of anthems associated with rival warring parties, victims, and victors. To suggest that such signifiers should be dispensed with for fear of offending anyone who might have sensitivities triggered by hearing intimations of one or more of these tunes is to encourage a defanged and declawed art."