Smithsonian Regents’ Response to Censorship Outrage: what does it promise?

Previous Next
Smithsonian Regents’ Response to Censorship Outrage: what does it promise?

In response to the national outrage over the removal of artist David Wojnarowicz’ video Fire In My Belly from the National Portrait Gallery following pressure from the Catholic League and Republican Congressional leaders, the Smithsonian Board of Regents formed an Advisory Panel*. On January 31, the Panel issued a nuanced series of recommendations that seem to satisfy no one – not the art groups or organizations calling for the resignation of Smithsonian Secretary Clough (who initially ordered that the video be taken down), nor the Catholic League, who have stated that the proposal would be a smoke screen “leaving the door open to censor that kind of art they find offensive.” 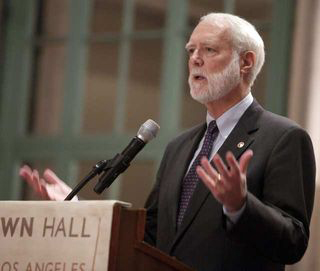 Having submitted a letter to the Board of Regents urging the Smithsonian to adopt explicit policies upholding First Amendment principles, as well as a procedure for responding to complaints, NCAC is sympathetic to the idea of change in policies in principle (the letter was signed by 13 other national organizations including the ACLU and People for the American Way). Download letter. The devil, of course, is in the details of these policies, as well as in their implementation in practice.

Here is a brief and preliminary analysis of the report:

Members of the Smithsonian Advisory Panel correctly position the Hide/Seek dispute within a larger continuum of cultural debate. The Report mentions, by name, the Enola Gay exhibit (National Air and Space Museum), Robert Mapplethorpe: The Perfect Moment (Corcoran Museum of Art), Sensation: Young British Artists from the Saatchi Collection (Brooklyn Museum of Art), and the adoption of the National Endowment of Arts Decency Clause. Clearly the National Portrait Gallery case is not one aberration and we need to ask larger questions about the role of cultural institutions in an increasingly diverse society.

Therefore, we were pleased that the report emphasizes that the Smithsonian, as “America’s largest public cultural space… must lead and encourage civil dialogue on important and transitional issues facing the nation.” It also cautions – and we wholeheartedly agree – “avoiding the risks necessary to illuminate the important issues facing society and the American public would diminish the role of the nation’s cultural organization.” Hence, “curatorial freedom of expression, expertise, and authority are critical to a flourishing museum.”

So far, so good. Great principles, but how will they be implemented? Some of the few more specific recommendations give us cause for worry.  Recognizing that controversy may be inevitable, for instance, the Panel recommends, “In anticipation of possibly controversial exhibitions, the Smithsonian should provide an opportunity for public input or reaction at pre?decisional exhibit planning phases.”

It would be good for the institution to get feedback and thus tailor its educational materials around an exhibition, but would pre-decision “public input” influence what would become part of an exhibition? Would it infringe on some of the curatorial freedom promised above?

All open questions. We will be watching the process of implementation of the advisory panel’s recommendations and insist – throughout this process – that the Smithsonian creates open policies and adheres to the principle that it will not discriminate against the diversity of voices in “America’s largest public cultural space.”

*The Advisory panel was chaired by Regent Jon McCarter, and included Earl (Rusty) A. Powell III, Director of the National Gallery of Art, and David Gergen, Harvard professor, CNN analyst and Presidential Advisor