The art work of four art students at Ceres’ Central Valley High School (Ceres, CA) was rejected from the annual Young Masters Art Show. The Art Show, hosted by the Mistlin Gallery in downtown Modesto, CA, features the work of young people ages 1 through 18. Art teachers are allowed to submit 20 pieces (two per student), with all entries accepted as long as they follow the rules that none be copies or cartoons.

Nancy Bassitt, chairwoman of the Mistlin Gallery’s Young Masters Art Show committee, refused to show the paintings and drawings because, in her opinion, they depicted violence; gangs; and other illegal, inappropriate or sexual activities. The students say their work shows nothing of the kind, and that they were not asked by anyone from the gallery to comment on the content.

One of the works was banned because its depiction of a woman draped in red ribbons was deemed gang-related (see below). Another piece, “As Love Grows,” shows a couple as children, adolescents and seniors and was rejected because the adolescents could be viewed as having sex. Another piece, “Subculture,”(see below) which depicts spray cans in front of a wall with graffiti, was considered to be showing illegal activity. The other rejected works were “Doppelganger” and “Karena Aku.” “Doppelganger” (see below) depicts two heads surrounded by images and symbols, which were believed to show gang signs (“I was trying to reflect your inside thoughts coming out,” the artist who created it said) “Karena Aku” was deemed violent because of its depiction of several arms coming out of a head in a box.

Fortunately the works have all found a new home in Prospect Theater Project – just a mile away.

Nevertheless, the decision of the Mistlin Gallery is inexcusable – due to a very subjective interpretation of what the paintings might represent, four students were denied the opportunity to express their creative vision in the Young Masters’ Art Show even though their work conformed to the requirements of the gallery and their artistic value waas indisputable.

The decision to remove the students’ work without any advance discussion with the students themselves was educationally unsound and sends a dangerous message to student artists: free expression is a right that will be determined arbitrarily in accordance with the dictates of authoritarian opinion.

Gang related objects include many mundane items worn by students, such as baseball hats and saggy pants, as well as images frequently encountered in non-gang related contexts. Therefore, any decision to suppress student expression should be based on a serious consideration of the specific context in which it occurs, as well as the overall conduct of the student. Acting rashly to punish students will not do away with gang activity, while it could well interfere with educational goals and stifle creativity.

Even if some of the activities depicted in student art are condemned by school authorities their representation is certainly not equal to the acts themselves. In fact, students may take a position on social ills in their creative expression – they can write creative fiction about violent thugs or draw images condemning war. If none of that were allowed, what is left? Landscape painting?

Some of the censored images: 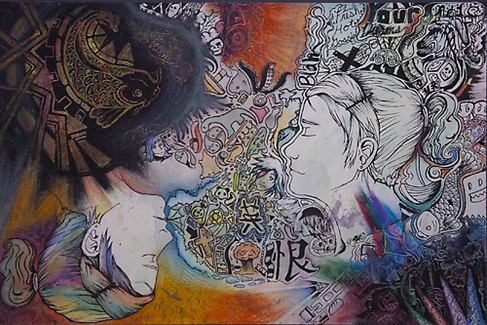 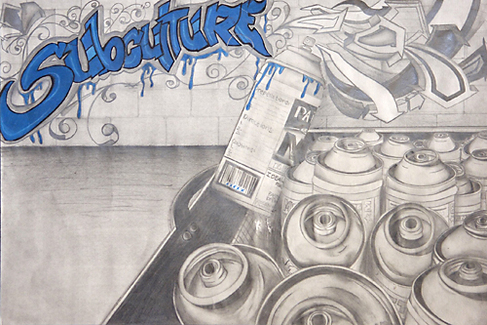 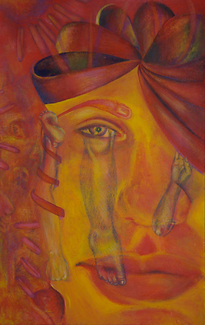