The Logic of the Censor

Previous Next
The Logic of the Censor 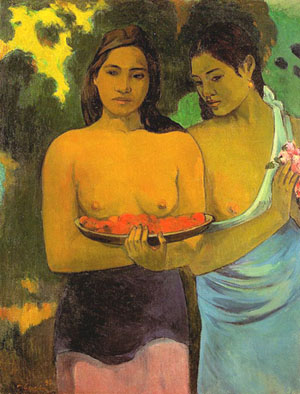 Susan Burns, the woman who tried to tear a Paul Gauguin painting off a wall at the National Gallery of Art in Washington, D.C., stated her reasons thus:

“I feel that Gauguin is evil. He has nudity and is bad for the children. He has two women in the painting and it’s very homosexual. I was trying to remove it. I think it should be burned.” Burns concluded her statement condemning nudes by saying “I am from the American CIA and I have a radio in my head. I am going to kill you.”

Though wannabe censors are generally more subtle in expressing their reasons, they frequently share Burns’ sentiments (about nudes, not the CIA).

Hopefully next time somebody blessed with an unhealthy imagination argues nudes should be suppressed from view, they will remember that they share this desire with a woman who not only has a radio in her head, but whose rap sheet includes convictions for carjacking, disorderly conduct, trespassing, and assault on a law enforcement officer.