Turn It Off, Dammit! — Opposition to Film Screening

Previous Next
Turn It Off, Dammit! — Opposition to Film Screening

Turn Me On, Dammit!, an indie Norwegian film about a 15-year-old girl’s struggling with her burgeoning sexuality and dealing with high school tensions, has been widely acclaimed by critics on both sides of the Atlantic. Yet, controversy led to the cancellation of a screening in Tuscaloosa, Alabama, where the film was scheduled to be shown as part of the Arts Council’s Summer Film Series. Pastor John Kearns of the Christ Harbor United Methodist Church saw an advertisement for the film in a local paper. Taking offense at the title and subject matter, Kearns contacted Tuscaloosa County probate Judge Hardy McCollum, the mayors of Northport and Tuscaloosa, and finally, the Arts Council that selected the film. Another pastor, Randy Fuller, in a sermon at New Beginnings Church, threatened to mobilize the entire religious community against the mayor and city council members in a drive to push for the cancellation of the film. In response to this pressure, Walt Maddox, mayor of Tuscaloosa, reportedly advised the Arts Council to pull the film from the series. Fearing loss of City funding, the Arts Council agreed. 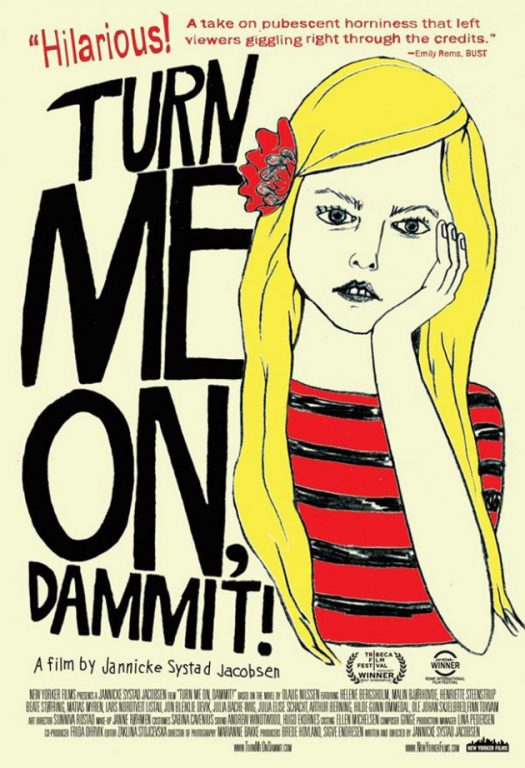 Is Tuscaloosa becoming a theocracy where a few religious figures can bully the Mayor into interfering with the work of the Arts Council? Fortunately, this has proven not to be the case: many members of the community were outraged by the cancellation of the film and, in further discussions with the Arts Council the mayor assured them their programming decisions would not be penalized by funding cuts. With that threat gone, the Arts Council reversed its decision to cancel the film.

The fact that none of the individuals protesting the film’s showing even bothered to watch Turn Me On Dammit! for themselves is troubling. It’s a shame, too—Turn Me On Dammit! is a great film, which honestly explores issues that many adolescents face. Sure, it might contain brief nudity and sexually provocative scenes (albeit more embarrassing than arousing), but if you don’t like that, you have the freedom to choose not to watch the film. But to prevent others from watching the film in a public venue simply because you believe that it’s contrary to what you imagine should be the community’s “moral standards” is an exercise of censorship. Even more troubling, however, is the constitutionally suspect nature of the film’s initial cancellation: city officials are barred by the First Amendment from imposing the views of one vocal section of the community on everybody else, whether directly or by the use of the purse strings.

Throughout this whole ordeal, NCAC kept a close eye on the matter, preparing to take action had the cancellation not been reversed. Kearns and Fuller have threatened to protest at the film’s screening—something that they absolutely have a right to do, and something that nobody will preclude them from doing. Nonetheless, members of the Tuscaloosa community will now, too, be able to exercise their right to see the film in a public venue.