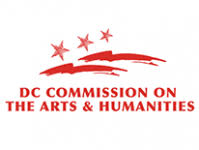 Washington, DC Mayor Muriel Bowser’s office has rescinded the amendment to DC CAH grants. It remains unclear as to how the amendment was originally approved and several CAH commissioners have expressed their concern over its threat to artistic freedom.

The DC Commission on the Arts & Humanities has issued an amendment that sets limits on the content of their grantees’ work, in clear violation of viewpoint neutrality. The new amendment forbids work that is deemed “lewd, lascivious, vulgar, overtly political, excessively violent, constitutes sexual harassment, or is, in any other way, illegal.” The interpretation of what is “lewd, lascivious, vulgar, overtly political, and/or excessively violent” will be at the sole discretion of the commission.

It remains unclear what inspired the amendment and whether the commissioners themselves approved it. The updated clause was sent directly to grantees. Whatever its exact origin, this attack on artistic freedom suggests renewed attempts at government censorship of the arts. Entire categories of art production could easily be stifled by this new requirement, which places grantees in extremely precarious situations, arguably making impossible their core work as democratic cultural institutions.

NCAC has joined with arts and free speech organizations to demand that this new amendment be immediately retracted and and a statement issued reaffirming CAH’s commitment to the fundamental democratic value of artistic freedom. The full statement can be read below.

A petition is also circulating to support DC artists against censorship.