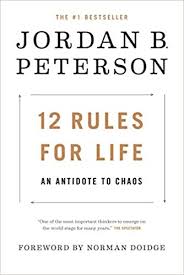 A group of Durham city officials, including the mayor and all members of the city council, issued a joint statement on Facebook that suggested the Durham Performing Arts Center (DPAC) should deny controversial professor Jordan Peterson the opportunity to speak there.

The statement explains that, “Though the DPAC is owned by the City of Durham, the theater’s management companies, Nederlander & PFM, are entirely responsible for the choice of shows and performers who appear at the venue. We would like to be clear that we respect Mr. Peterson’s right to hold his opinions and to freely state his opinions without government interference. However, we wish to emphasize that a person’s right to free speech does not include the right to a platform or an audience. As many in our community have been disturbed and angered by Mr. Peterson’s racist, misogynist, and transphobic views, we would like to use this opportunity to reiterate our commitments and values to all of you as your elected representatives.”

Jordan Peterson is scheduled to speak at DPAC on September 10th and has confirmed that he rented the space.

Calls for “no-platforming,” or denying people with extreme views access to an audience, have increased recently. Advocates suggest that venues should allot access based on the merit of a speaker’s ideas and whether they benefit the community. But the question of who determines that “merit” remains unanswered.

NCAC has written to the authors of the statement cautioning them against chilling free speech by impeding to DPAC’s ability to book speakers with a diversity of views.

Our full letter can be read below. Click here for a full screen view: