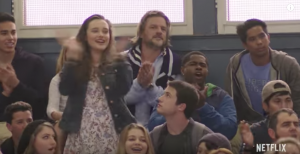 New York, NY, 5/23/2017- The National Coalition Against Censorship (NCAC)— and 5 other organizations committed to defending youth intellectual freedom—is criticizing an elementary schools decision to forbid students from bringing personal copies of the novel 13 Reasons Why onto school grounds. The groups argue that the rule infringes upon students First Amendment rights and raises concerns about the school’s reliance on the “mature teen” book rating to judge the appropriateness of books.

In April, Principal Bryan Dolfi of the Stone Lakes Elementary School in Florida sent an email to parents informing them that 13 Reasons Why was banned from campus due to its “somewhat graphic nature [and] frequent use of profanity, alcohol, and sexually explicit material.” The book, which is rated “mature teen”, was published in 2006 and has recently received widespread attention from a Netflix adaptation that has drawn criticism for its alleged romanticizing of the issue of teenage suicide. The book, however, has never been in circulation in the elementary school’s libraries and classrooms and the ban refers only to students’ personal copies. A spokesperson for the school district later stated that books labeled “mature teen” are generally banned from elementary school campuses.

The groups underline that the First Amendment protects a student’s right to receive and possess literature, as long as the books in question do not cause disruption to the educational process. There is no evidence the presence of a personal copy would cause undue disruption, especially considering the ban was based on the book’s content. The letter also argues that solely using a book’s rating of “mature teen” to judge its appropriateness for elementary students is educationally flawed.

The letter is signed by the Comic Book Legal Defense Fund, National Council of Teachers of English, American Booksellers for Free Expression, Association of American Publishers and Authors Guild.

“Not every book will be appropriate or inappropriate for every young reader, which is precisely why a one-size-fits-all policy using a book rating is harmful,” said NCAC’s Free Expression Program Associate Josh Zuckerman. “It is also a parent’s right to have the final say over what their child can or cannot read for pleasure and thus the ban is misplaced.”