Cyberbullying: How Widespread Is It?

Home Â» Resources Â» Cyberbullying: How Widespread Is It? 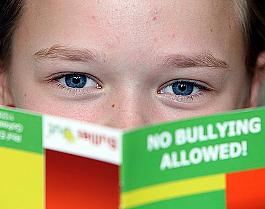 A 2007 Pew Research Center study found that 32% of teenagers who used the Internet reported being the target of cyberbullying.   In December 2008, a task force headed by the Berkman Center for Internet & Society at Harvard issued a report, which referred to studies that had found up to 46% of youth identifying as victims of cyberbullying by peers. However, the report noted that “[i]t is difficult to pinpoint the exact prevalence of cyberbullying and online harassment, because the definitions used in the studies themselves vary.”

Both the Pew and Berkman studies found that cyberbullying made up just a fraction of the bullying experienced by teenagers.  The Pew study found that 67% of teens surveyed reported that more bullying occurred off-line than online.  Berkman’s task force also reported on studies with similar findings.

Anti-bullying activists argue that cyberbullying is a greater threat than bullying in real life.   For instance, the Anti-Defamation League, in its anti-bullying toolkit noted that:

[t]argets of cyberbullying may be subject to additional distress due to the pervasive and invasive nature of modern communication technology. Cyberbullying messages can be circulated far and wide in an instant and are usually irrevocable; cyberbullying is ubiquitous—there is no refuge and victimization can be relentless; and cyberbullying is often anonymous and can rapidly swell as countless and unknown others join in on ‘the fun.’

However, researcher and digital ethnographer Danah Boyd found that teenagers who have been the victims of bullying do not draw a distinct line between offline bullying and online bullying:

When teens told me about being bullied, they did not focus on the technology… Cruelty that takes place offline is often fueled by mediated rumors. Technology provides more channels through which teens can potentially bully one another, although it is not clear whether or not bullying is on the rise as a result. Studies on Internet bullying continue to show that bullying is primarily linked to various psychosocial issues, including substance use and school problems, regardless of whether the bullying takes place online or off.

In other words, bullying is bullying regardless of the location.  Moreover, the pervasive nature of bullying online is no different from the pervasiveness of other forms of online communication that youth seamlessly integrate into their social lives.  According to John Palfrey and Urs Gasser from the Berkman center, in their book Born Digital, for people born in the last 25 years: “Major aspects of their lives—social interactions, friendships, civic activities—are mediated by digital technologies. And they’ve never known any other way of life.”

Despite these observations, cyberbullying has come to represent the danger that youth face when going online.  As Stephen Balkam of the Family Online Safety Institute argues:

Cyberbullying has eclipsed sexual predators on the Internet as the number one concern of policymakers, parents and kids themselves. It is a growing phenomenon taking many forms and is perpetrated on a growing range of platforms, devices, sites and Web-based services.