In early June 2007, Norman Siegel, the students’ attorney, announced details of a settlement between the students and the Parks Department. The city promised to pay a total of $56,750 in damages: $750 to each of the eighteen students and a participating professor, plus $42,500 for the students’ legal fees. Brooklyn parks commissioner, Julius Spiegel, issued a formal apology:

While I had no role in the removal and subsequent damage of the Plaintiffs’ artwork by others, I acknowledge my responsibility for ordering the closing of the Plaintiffs’ art exhibit at the Brooklyn War Memorial, and for thereby setting in motion actions that led to the damage of Plaintiffs’ artwork, which a reviewing court might find constituted a violation of the student-exhibitors’ First Amendment rights. Whatever the outcome in court might have been, I apologize to the Brooklyn College art students who spent long hours and considerable effort in creating their artwork and in mounting their exhibition at the Brooklyn Memorial site.

Brooklyn College students’ annual thesis MFA show was scheduled to be open through May 25 th , 2006 at the city-owned Brooklyn War Memorial Building, Cadman Plaza, in downtown Brooklyn. However, in response to a few complaints about the sexual content of several works in the show, Brooklyn Borough Parks Commissioner, Julius Spiegel, closed the exhibition on May 4, 2006, the day after the opening.

NCAC supports the students’ demand for the reopening of the exhibition at the original space. City officials should not arbitrarily impose their subjective views on what art is "appropriate" for a city owned space by claiming concern for families and children. A public official who judges an exhibition through the prism of what is "suitable" for children usurps the role of the parent. In the absence of any evidence that a sculpted body part would cause harm to a child, it is up to parents to decide what moral standards they want to teach their children.

As a result of Commissioner Spiegel’s hasty intervention, Brooklyn College students would be deprived of the broad and diverse audience that is likely to visit the show in its public location. Public art makes New York a vibrant city – and public art could be challenging and sometimes provocative. City officials should abstain from acting as the guardians of our communal moral standards.

We urge the Department of Parks and Recreation to re-open the doors of the War Memorial building or offer Brooklyn College students another public space to show their work.

For more information on the controversy go to: plancensored.blogspot.com

To get involved: contact some of the people and news outlets below to voice your opinion: 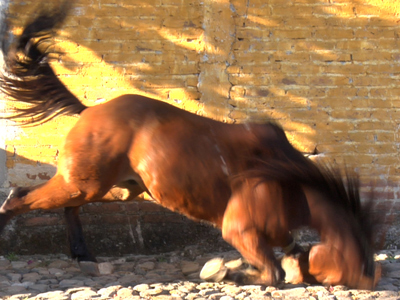