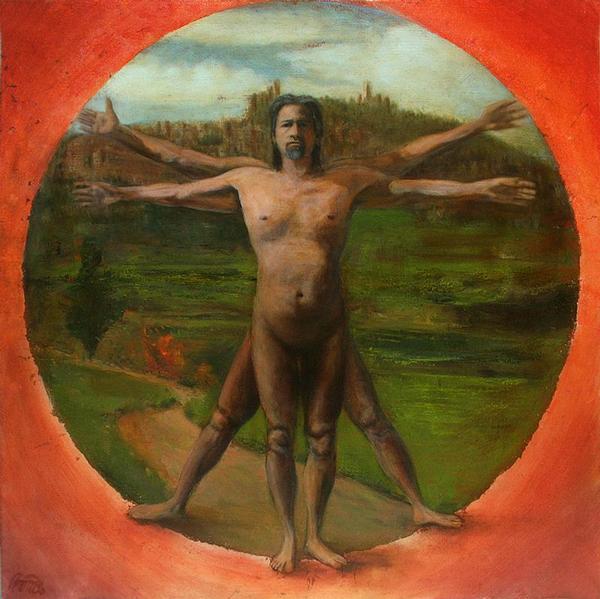 In early June 2008, Conejo Valley Arts Council President Pat Johnson called for the removal of two artists’ work from the Conejo Recreation & Park District Building because of complaints about the works’ use of nudity. One of the works was Rich Brimer’s self-portrait as Da Vinci’s “Vitruvian Man.” The other works were a couple of small, triangular bronze sculptures by Kathrin Raab-Questenberg. A visitor had claimed that the sculptures appeared to be “blatant genitalia.”

After several Conejo Valley Arts Council members voiced objections to Johnson’s decision, it was decided that the works should be restored to the exhibition. Raab-Questenberg reacted to the incident in an opinion piece for the Ventura County Star.