Public art improves the image of a city, it attracts tourists, helps business, and improves the quality of life. That is why most American cities actively support it by allocating space and resources. An additional boon is that active public arts programs also create jobs for local artists and craftspeople.

Yet, art expresses thoughts and ideas that might not always be to the taste of every single member of a community. Occasionally a newly installed art piece will provoke one or two people to complain. This is all well expected. A problem arises, however, when city officials, yielding to a “heckler’s veto” decide that art that is “controversial” should not be exhibited in public.

This is precisely what happened in San Mateo, CA this month:
City Arts of San Mateo, a non-profit which had been working with the City’s public art program for many years, was, once again, invited to select art for the new display cases at the downtown transit center. After a single complaint, however, one of the artists in the display was asked to take down her work. She refused. City officials considered taking the work down themselves, but alerted to the First Amendment problems such an act would create, decided to close the whole exhibition two months earlier (in July rather than in September). In addition the City cancelled an initial plan to devote the transit center display cases to revolving art displays, dedicating them, instead, to announcements and advertising. 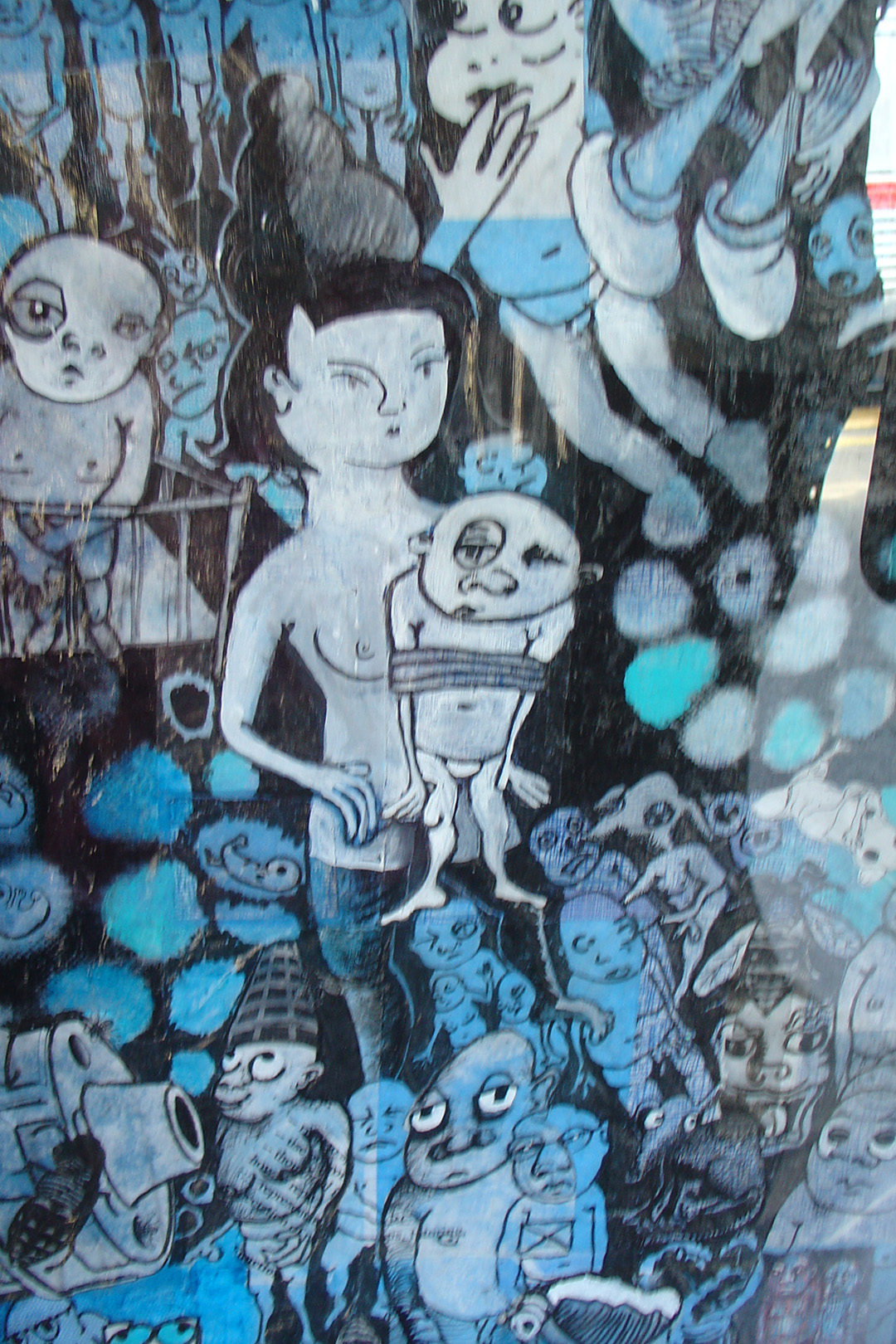 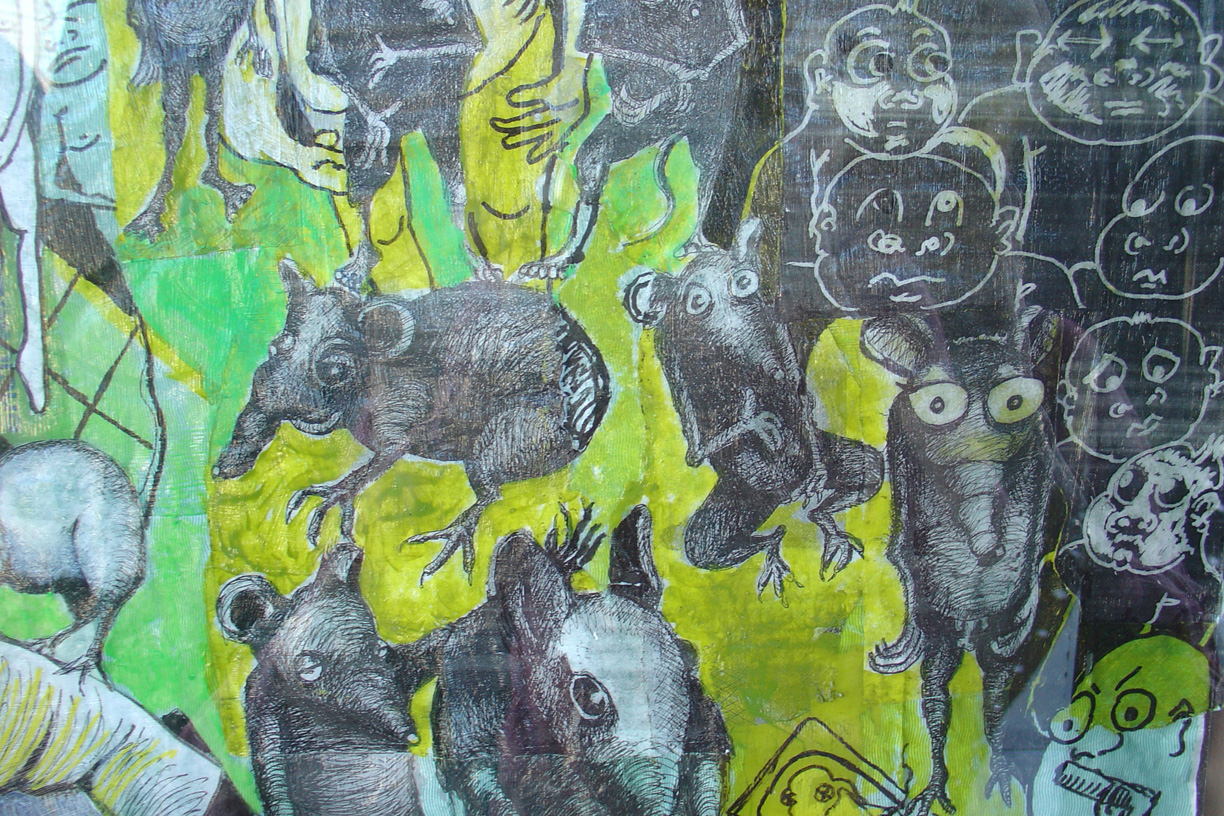 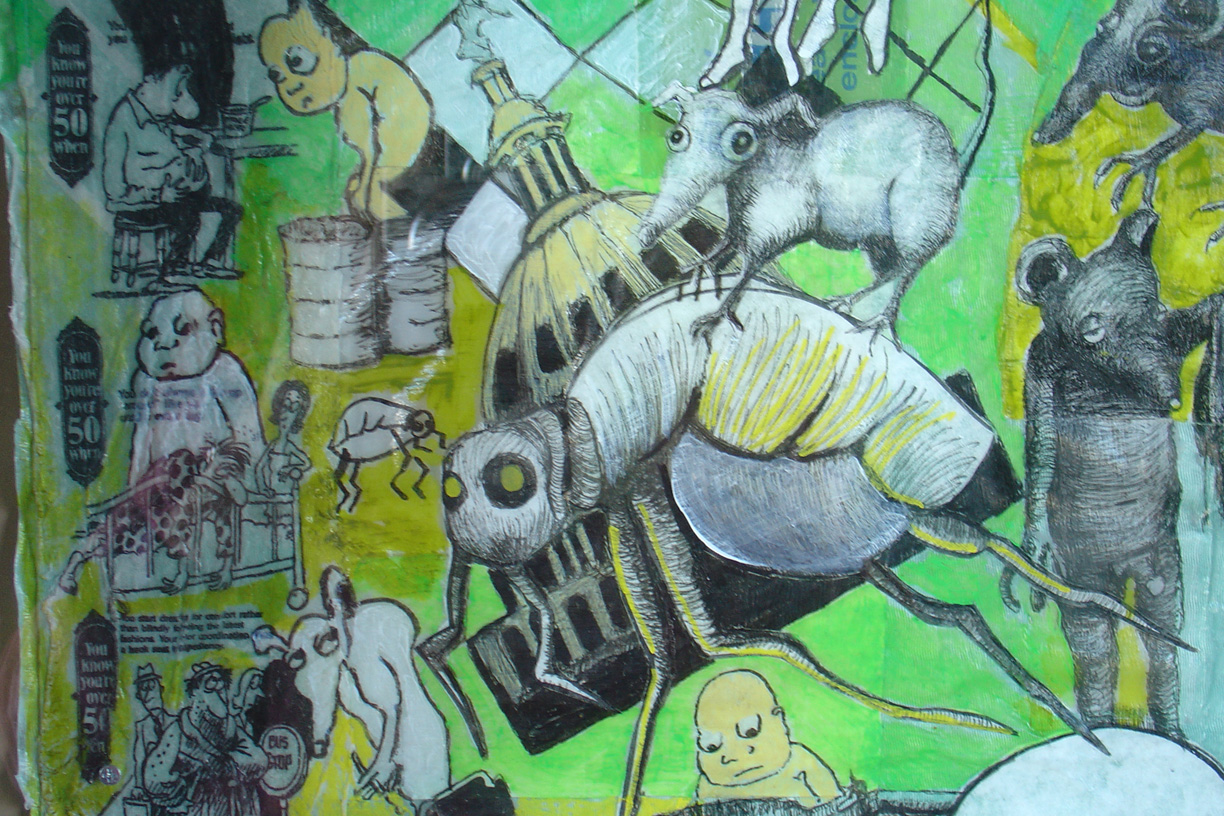 Some of the work that caused the controversy. Courtesy of the artist, Ruth Santee.
If you don’t see these images, click "download pictures" in your email program

The artist, Ruth Santee and the curator, Sinem Banna – both staunch defenders of creative freedom – are fighting to keep the art on display for the period initially agreed upon. They need your support!

Public officials in San Mateo’s also need to hear from members of the community who support a rich public arts program, as well as creative and curatorial freedom. We can’t all agree to like the same art pieces – but we can certainly tolerate them for a few months before another artist gets the chance to show their work. And isn’t a debate about an art piece – even one we find “weird” – a welcome respite from the endless barrage of advertising that we are all exposed to on a daily basis?

The San Mateo County Times
http://www.insidebayarea.com/sanmateocountytimes/writealetter – Letters to the Editor