Previous Next
Literature as “Pornography” 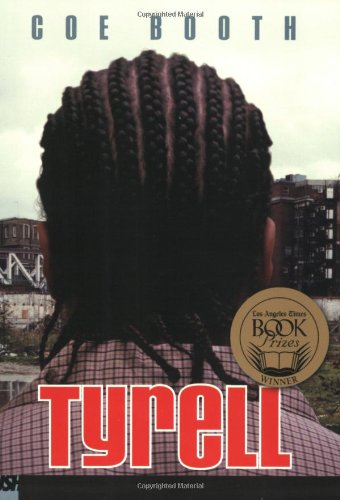 Virginia state senator Amanda Chase recently claimed that three popular and highly-regarded books for teens are “pornographic.” The books were included on a high school summer reading list, but they were not required – students were free to choose other books. Nonetheless, Senator Chase demanded that they be removed from the list and the school library.

This comes in the wake of a kerfuffle in Virginia over Toni Morrison’s acclaimed novel Beloved, which was assigned in a 12th grade Advanced Placement class. That led to a proposed law to require schools to notify parents about any book containing “sexually explicit content,” which was not defined, and to provide an “alternative” assignment on demand.Governor Terry McAuliffe vetoed the bill in response to objections from educators, librarians, NCAC and others, who pointed out the possible effects on education if teachers avoided valuable materials simply because they contain some sexual content.

Terms like “sexually explicit” and “pornography” are so subjective as to be essentially meaningless. They can be applied to Hustler and National Geographic, Madame Bovary and Fifty Shades of Grey. This kind of material is also protected speech, unless it’s obscene. To be obscene, a book would have to be “patently offensive,” “appeal to the prurient interest,” and, most critically, “lack serious literary, artistic, political, or scientific value.” Some explicit and pornographic content might qualify as obscene, but not all – and certainly not books like Beloved or those on the summer reading list: Coe Booth’s Tyrell,  Walter Dean Myers’ Dope Sick, and Ranbow Rowell’s Eleanor& Park.

Critics of these books are not concerned with law, literature, or even education. They use terms like pornography to convey their personal antipathy to sexual content. They’re entitled to their view, but school officials are prohibited from relying on personal opinions in deciding what materials students should read. According to the Supreme Court, school officials “may not remove books from school library shelves simply because they dislike the ideas contained in those books.”

If parents’ and legislators’ personal beliefs about sexuality and morality were allowed to limit what students read, more than Beloved would be at risk. The Working Poor by David Shipler, a non-fiction examination of poverty in the U.S. by a Pulitzer-Prize winning author, was challenged recently in a Texas high school because some parents thought the accounts of sexual abuse suffered by poor women as children were “sexually explicit.” The book has been called “one of those seminal books that every American should read and read now.” No doubt passages in the book will be disturbing to some readers. But “sexually explicit”? You’d think the kids were assigned Fifty Shades of Grey.

In Kentucky, John Green’s award-winning novel, Looking for Alaska, was called “mental pornography.” In Tennessee, a parent described Rebecca Skloot’s best-selling medical history, The Immortal Life of Henrietta Lacks, as “pornographic.” Similar charges have recently been levelled about Toni Morrison’s The Bluest Eye in Colorado, Laurie Halse Anderson’s Speak in Florida, Anne Frank’s The Diary of a Young Girl in Michigan, and Jeannette Walls’ The Glass Castle in Pennsylvania.

Senator Chase wants all library books to conform to the district’s “core values,” and calls for librarians to be fired for selecting books that don’t. But her “core values” are not everyone’s. The most critical core value in any school should be providing a high quality education that prepares students for college — if they wish to attend — and for life. That’s what most parents want for their children, and the vast majority want books with artistic, literary, or educational value to be available to students even if they contain some sex or profanity.

Pity the librarians and teachers who are caught in the middle of the debate over valuable literature that is condemned by some because it touches on this particular aspect of the human experience. It’s their thankless task to try to find the right books for all their students, knowing that every book is not right for every child. The sensational charge that these and other books are “pornography” just makes their task harder.