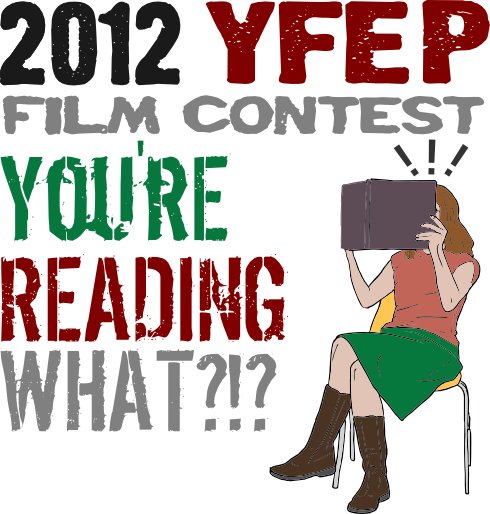 Join us for a free afternoon of films and discussions with the winners of our 2012 Youth Free Expression Film Contest! We’ll also feature youth-made films from partners, and a special live performance!

Congratulations To Our Contest Winners!

We were overwhelmed with the talent and passion for free expression shown in this year’s submissions. Thanks to everyone who participated, and our brilliant judges who gave their time to support this contest! Now, without further ado, our 2012 Youth Free Expression Project Film Contest Winners!

Eden will receive a $1,000 cash prize, a free one-week course at the New York Film Academy, and $5000 toward a NYFA program.

Naomi will receive a $500 cash prize.

3rd Place – "You Do Not Speak For Me" by Alexis Opper

Alexis will receive a $250 cash prize.

And each of our top three winners will be flown with a guest to New York City for a Youth Voices Uncensored Film Screening at the New York Film Academy on Saturday, March 30!

And Congratulations to Our First-Ever People’s Choice Award Winner, Chosen By YOU, The Viewers!

We appreciate everyone who voted and spread the word about the People’s Choice Vote. Daniel will receive a one-of-a kind certificate of Internet Fame and Free Expression Awesomeness.

Books get pulled from library shelves and school curricula all the time because someone complains about the language they contain or the topics they address. Tell us about a time when parents, a teacher or some other adult was distressed at what you or someone you know were reading — and wanted to take it away. You can also submit a film about or inspired by a book censorship incident from the news that involves students or other young people.

Entries can be videos of any kind, including documentary, animation, experimental, satire, fictional narrative, or music video. The winning film won’t just speak to the topic — it will tell a creative, engaging story about it. A great film will utilize film-making tools (even modest and simple ones!) to produce a flim that shares your voice in a way that is fresh, unique and compelling. Films must be under 4 minutes long to qualify.

Applications must be submitted (and films uploaded to YouTube) no later than Saturday, December 15, 2012. All films must be produced in 2012 and address the contest theme. Contestants must be either living in the U.S. or its territories (but need not be citizens), and must be age 19 or younger on the day the film is submitted. Films will be judged on content, artistic and technical merit, and creativity. Judges will be drawn from a panel of renowned writers, actors, and filmmakers.

If you need more inspiration about book censorship, check out the following issues ripped from the headlines of NCAC’s recent news: