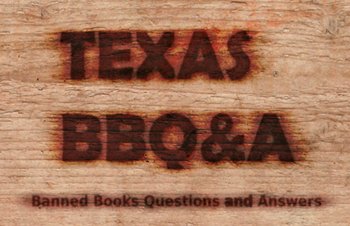 This event is free and open to the public.

Where: UFCU Student Learning Commons in the Perry-Castañeda Library at The University of Texas at Austin.

“Texas Banned Books: Questions and Answers” (TXBBQ&A) will be an interactive roundtable discussion about the real, relevant state of censorship in Texas. The conversation will center on Texas schools and values, books in prison, freedom of the press and the right to read.

Maley Thompson of the Department of English will moderate the discussion among five distinguished panelists:

Banned Books Week is recognized annually as a celebration of the freedom to read. Typically held during the last week of September, it highlights the value of free and open access to information, while drawing attention to banned and challenged books. The campaign was founded in 1982 by prominent First Amendment and library activist Judith Krug, and is sponsored by a collection of organizations related to literature and literacy including the American Booksellers Association, the American Library Association, the American Society of Journalists and Authors and the National Council of Teachers of English.