In keeping with the theme of banned books. I’ve selected I Know Why the Caged Bird Sings by Maya Angelou written shortly after the Civil Rights era and was inspired the assassination of Dr. Martin Luther King, Jr. It was nominated for a National Book Award in 1970 and remained on The New York Times paperback bestseller list for two years. This book is the first in a six-volume autobiographical series, covering Angelou’s early childhood to her life as a young adult. 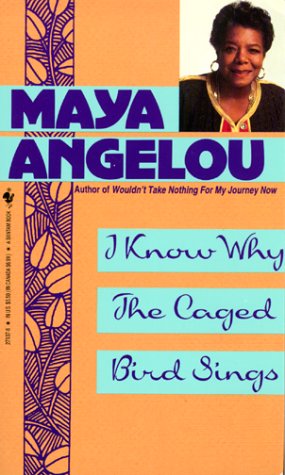 In this autobiography, Maya graphically describes her childhood rape, and racism that she had endured growing up in Stamps, Arkansas. She also discusses her sexuality and her pregnancy at age seventeen. The most important aspect of the whole autobiographical series is that Maya Angelou was able to overcome such terrible with what she says was a strong character and a love of literature.

For more info check out Banned Books Week or NCAC.