UPDATE: NCAC and the letter's signatories have emerged victorious! The board voted unanimously to keep the textbooks in use. 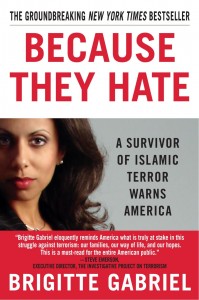 Who gets to decide how history is taught? History is an inherently contentious discipline, which is why it is not surprising that some political advocacy groups have increasingly attempted to exert influence over public school curricula. One of these organizations is ACT! for America, a grassroots political advocacy group that, according to its founder Brigitte Gabriel, is waging a fierce war on “Islamofascism.”

It’s taking this war to history textbooks. Early in the school year, the Charlotte-DeSoto Chapter of ACT! raised hell in Charlotte County, FL, submitting formal complaints about two textbooks: The Earth and Its Peoples, A Global History and World History – Connections to Today. The former is taught in AP World History classrooms; the latter, in regular World History classrooms. The basis of ACT!’s complaints were that the books were riddled with “biases and errors,” “flawed” and “far from balanced.”  Why, ACT! complained, were Hinduism and Jainism relegated to a mere few pages in the textbooks, while Islam is given chapters? Why do the textbooks suggest that Christians, Jews, and Muslims worship the same prophet? To ACT! for America’s local chapter, such assertions were factually incorrect and damaging.

The complaints prompted the creation of a World History Textbook Review committee, which carefully reviewed the contentious passages and decided, in 8-2 votes, that the textbooks were appropriate. Superintendent Doug Whittaker agreed, recommending that the textbooks be kept in the classroom and not be altered in any way.

Still, an outpour of public comments, mostly from ACT! for America’s Charlotte-DeSoto chapter, prompted the board to call a special meeting on March 3, when the board will vote on whether to keep the book.

NCAC has weighed in, supporting the use of textbooks. In our letter, we point out that it isn’t the job of school board members to vet specific passages that some people may consider contentious or filled with errors. It’s the job of educators to make decisions on how to implement those texts.

Indeed, the letter recalls past history textbook controversies to demonstrate that diluting history textbooks of any contentious or potentially disputable material is, in the words of one expert, "certain to bewilder pupils." Instead, NCAC Executive Director Joan Bertin argues, it is more practical "to select books based on their educational merit as judged by educators and scholars in relevant disciplines."

This isn’t the first time NCAC has fought against attacks to history curricula. The battle against textbooks in Charlotte County echoes the fight over the AP US History Curriculum in Jefferson County, CO, a controversy replete with a series of proposals to highlight “patriotism” and mute “civil disobedience” that NCAC helped to stop in its tracks.

But this probably won’t be the last time NCAC fights this kind of battle. Across the country, state politicians are coming out against plans to teach history in ways they find politically disagreeable. While NCAC hopes that the controversies over history textbooks die down, it is more likely than these wars are just getting started.