Are ‘Ghost Stories’ Too Spooky For NC School Library?

Previous Next
Are ‘Ghost Stories’ Too Spooky For NC School Library? 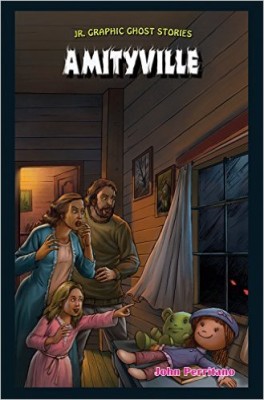 One parent in North Carolina didn't approve of a book her son checked out of the school library—and she wants to make sure no one else reads it. On November 30, NCAC's Kids' Right to Read Project (KRRP) intervened with a letter to the district, urging them to protect the freedom to read by keeping the book on the shelves.

The book in question, Amityville: Jr. Graphic Ghost Stories, is part of a series of graphic novels retelling famous ghost stories for younger readers. But a parent of a student at Lake Myra Elementary School in Wendell objected to some of the book's images and content, and she says the book was removed after her complaint.

As the KRRP letter explains, removing the book in this manner violates Wake County district policy regarding challenged materials, which stipulate that such material should remain in use until the formal review process is completed. The letter— which was signed by the Comic Book Legal Defense Fund, American Booksellers for Free Expression, Association of American Publishers, American Library Association, National Council of Teachers of English, and PEN American Center— also argues that "removing the book from the library in spite of its clearly recognized educational value, and in response to subjective complaints about its content, raises serious First Amendment concerns."

The coalition urges the school to return Amityville: Jr. Graphic Ghost Stories to the shelves of the Lake Myra Elementary School library, in keeping with the district's policy and its own Library Bill of Rights, which states very clearly: "Libraries should challenge censorship in the fulfillment of their responsibility to provide information and enlightenment."

Read the letter below, or click here for a full-screen view.