Previous Next
BART Blocks Art: Was Anti-Gentrification Message To Blame? 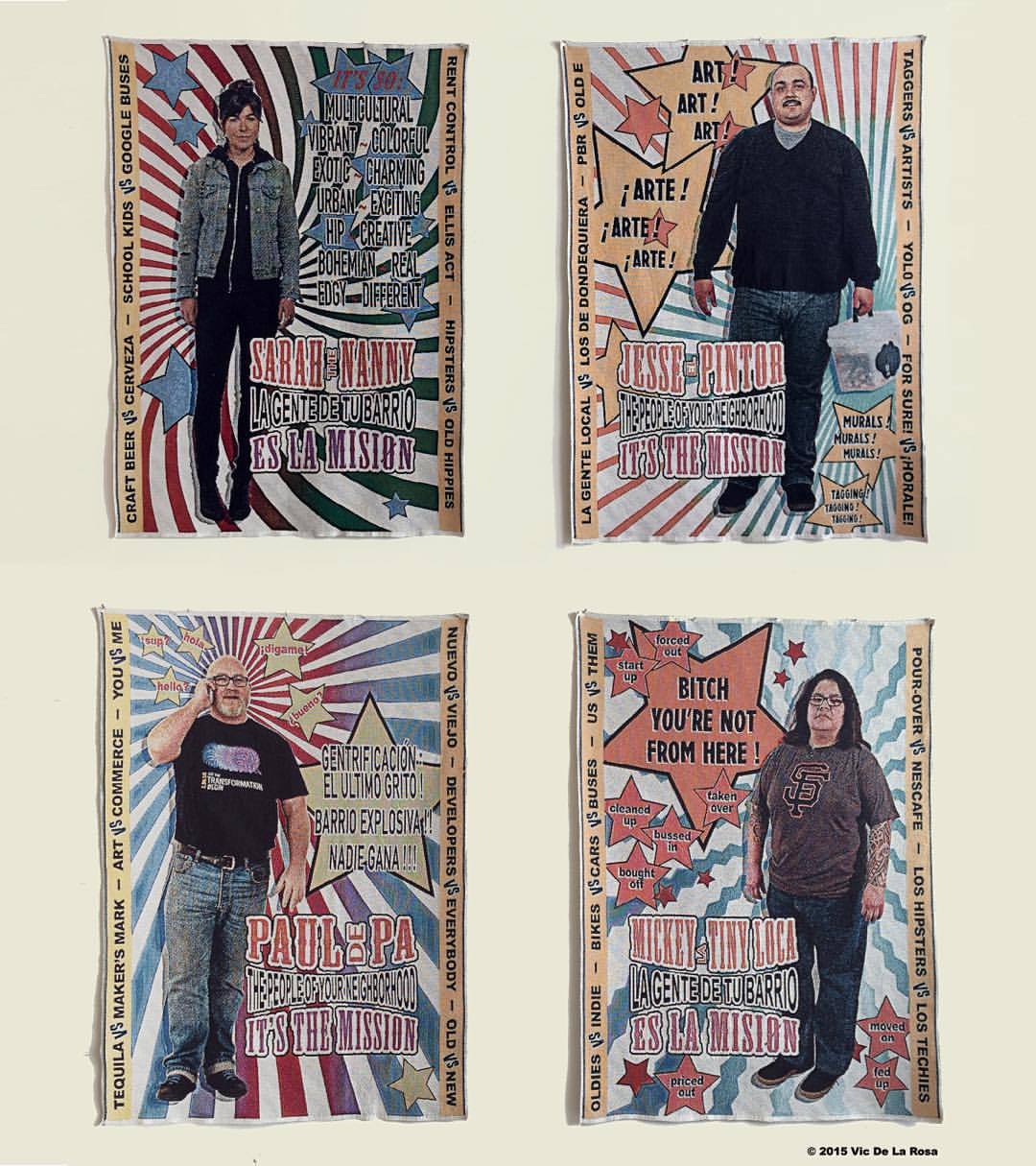 In a December 4 letter to BART officials, the organizations argue that the agency's decision appears based on political criteria, and constitutes viewpoint discrimination.

In February, De La Rosa was one of 5 artists selected to participate in the San Francisco Planning Department's Art on Muni Poster Series, which focused on the theme "The Identity of Mission Street.” His work, La Gente De Tu Barrio / The People of Your Neighborhood [The Mission Suite], was to appear on bus lines and at the 16th Street BART Plaza.

But somewhere along the way, one of the four posters reportedly stirred controversy at BART. Each poster depicts a Mission resident's feelings about inequality and gentrification. One of the posters features Mickey Martinez alongside text that reads, "Bitch you’re not from here!”

A compromise that included blurring out the word "bitch" was rejected by BART, with the agency spokesman explaining that the issue was the “overall demeaning tone of the message in that panel.”

As the letter explains:

It appears that BART officials are engaging in viewpoint discrimination by refusing an exhibition permit because they disapprove of the work’s message, thus raising serious First Amendment concerns. Art can express thoughts and ideas that might not always be to the taste of every single member of a community, but that are nonetheless fully protected by the First Amendment. Victor De La Rosa's work addresses the important issues of gentrification and inequality through imagery that enjoys full constitutional protection – a protection which is not affected by the possibility that some viewers may be made to feel uncomfortable by the message of the work.

BART officials have argued that the decision not to display the work was made in keeping with its Advertising Standards, which prohibit “demeaning or disparaging” material. But this broad, vague standard could be used to suppress artistic expression on a wide variety of social and political subjects—as was the case with La Gente De Tu Barrio / The People of Your Neighborhood [The Mission Suite].

In late October, De La Rosa and a group of volunteers launched a "guerrilla art installation" at the 16th and Mission BART Plaza, to raise awareness about BART's decision to censor the piece. The real solution, as NCAC and the ACLU of Northern California argue, is to approve the display of Victor De La Rosa's work, and to develop standards for artistic and expressive activities that following constitutional and legal norms.