Victory for ‘Just One Day’ in Minnesota

Previous Next
Victory for ‘Just One Day’ in Minnesota 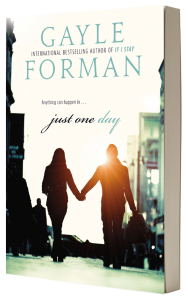 The decision is a win against a set of parents who sought to impose their own viewpoint on their entire community after rejecting an offer from the school system to simply restrict the book from their daughter, a sixth-grade student at Rosemount Middle School. Ben and Kandi Lovin claimed in their complaint that the book’s “adult themes” are “not appropriate for middle school, or we believe, even high school students.” Those themes, they say, violate the district’s policy for selecting instructional materials.

Rosemount-Apple Valley-Eagan’s policies, however, align firmly—again and again—with standards of academic freedom and the freedom to read. Media specialist Dawn Lyons agreed, stating “The real issue here is the freedom of choice of all library patrons.” Lyons also pointed out the importance of viewing the work as a whole rather than picking out swear words or sex scenes—elements that make the book more than the sum of its parts.

Students—those who would be directly impacted by any decision—were part of the committee, and high school senior Kennedy Rieck, said that she didn’t focus on the sex or the the drugs when reviewing the novel, but rather on the experiences of the main character—clearly the author’s intent.

Just One Day was the 2014 winner of the ALA/Young Adult Library Services Association award for best fiction for young adults. We’re glad those young adults in the district can still have the opportunity to read it.

Click here to read NCAC's letter to the district.