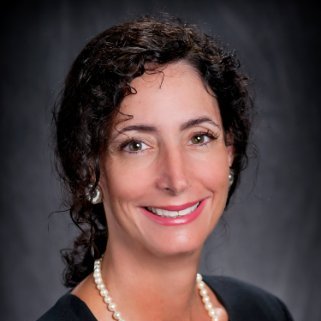 Can a veteran professor be fired for telling a few jokes that some students found uncomfortable?

The letter, co-signed by the Foundation for Individual Rights in Education (FIRE), argues that the school's action cannot be justified as an effort to enforce laws against sexual harassment under Supreme Court decisions distinguishing between language that might constitute harassment and language that is protected under the First Amendment.

"The laudable and necessary efforts to eliminate sexual harassment and other forms of sex discrimination do not justify trampling other fundamental rights," said NCAC Executive Director Joan Bertin. "Teresa Buchanan's case is a bellwether for the urgent debates over free speech and academic freedom happening on campuses across the country."

An investigation of Buchanan began after some students expressed concern about several off-hand comments or jokes, some of which had sexual overtones. Her case has attracted national media attention, and drawn serious criticism from free speech advocates and academic freedom groups.

Earlier this year, a faculty committee that was tasked with reviewing the charges against Buchanan found that some of her comments ran afoul of school harassment policies. But they were unanimous in determining that "removal with cause should not be considered in this case."

Nonetheless, the school terminated her in an April letter from Alexander, citing the committee investigation, along with a separate university inquiry. The university did not explain the discrepancy between the committee's recommendations and its action, nor did it provide any substantive information regarding this separate investigation.

And even if Buchanan's remarks could be considered a violation of LSU's anti-harassment policies, the larger area of concern for academic freedom and First Amendment advocates is whether those policies are themselves legally sound. As the letter documents, the Supreme Court's decisions  construing anti-discrimination laws "have been carefully drawn to avoid potential conflicts with First Amendment rights."  The letter argues that Buchanan's conduct "did not meet the definition of hostile environment or sexual harassment, which must be so 'severe, pervasive, and objectively offensive, that it effectively bars the victim’s access to an educational opportunity or benefit.'"

In contrast, Buchanan's speech at most consisted of "mere offensive utterance[s]," "offhand comments, and isolated instances" of language that some may consider offensive.  This kind of speech does not constitute sexual harassment:  it is instead protected under the First Amendment which, in the Court’s words, "does not tolerate laws that cast a pall of orthodoxy over the classroom."

The case of Teresa Buchanan is about much more than the fate of one professor. The roiling debates about trigger warnings, campus "speech codes" and free speech demonstrate an urgent need for institutions to stand up as steadfast advocates for the free speech rights of students and faculty alike. LSU has fallen well short of that standard.

Read the full letter below, or in full-screen version. [scribd id=273410481 key=key-ywTFvXETIEp8LHFC5ptz mode=scroll]