Good News: No ‘Disclaimer’ for a College Literature Course

Previous Next
Good News: No ‘Disclaimer’ for a College Literature Course 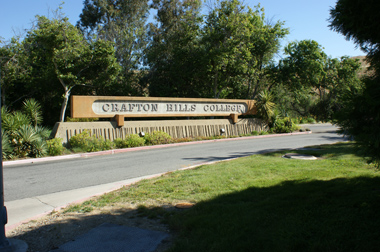 A plan to add a 'disclaimer' to a California college English course in response to one student's protest has been shelved, shortly after the National Coalition Against Censorship (NCAC) and other groups argued against the proposal.

In June, one student at Crafton Hills College complained about some of the graphic novels assigned in an English course that focused on graphic novels. She called the books "garbage" and demanded they be removed from the class, saying she wanted them "eradicated from the system. I don't want them taught anymore."

The school thankfully disagreed, but they did signal a possible hitch: Adding some sort of warning or 'disclaimer' to the course description.

Now it appears that any plans to add a disclaimer has been called off. The chancellor of San Bernardino Community College District said they would not require instructors to issue such warnings, and the teacher of the English course at the center of the controversy decided against adding a disclaimer. The school issued a statement in support of his decision.

NCAC's letter linked the Crafton Hills controversy to the larger debate in higher education over "trigger warnings," which would encourage or require instructors to warn students ahead of time about any potentially upsetting or controversial material. While formal policies are rare, many educators have expressed serious concerns about how the pressure to identify potentially offensive content will undermine the quality of education and chill academic free speech.

The debate over warnings has had some effects; last year Oberlin College, amidst heavy criticism, tabled a policy that would have recommended trigger warnings for a range of topics.

Crafton's decision is a welcome development for those who consider any disclaimers about course content an affront to academic freedom. As the NCAC letter argued:

Even a "voluntary" warning issued in response to this complaint would be ill-advised. Acceding to one student’s request for warnings will invariably invite other objections to the same content in other courses, or to other kinds of content, as well as create an expectation that the college will also accede to their requests.