On July 8, 2010, the NCAC joined Texas Civil Rights Project, First Amendment Project, Washington Area Lawyers for the Arts, The Arthouse at the Jones Center, and Big Umbrella Studios in filing a friend of the court brief to the Supreme Court in support of an art display in Texas (Kleinman v. City of San Marcos).

In an effort to make a statement about car pollution Michael Kleinman, a store manager in San Marcos, TX, commissioned two artists to transform a wrecked car in front of his store into a painted cactus planter. While it was on private property, the car was in clear view of the highway. The city fined Kleinman for violating junked car laws, which require junked cars to be out of sight of the public. 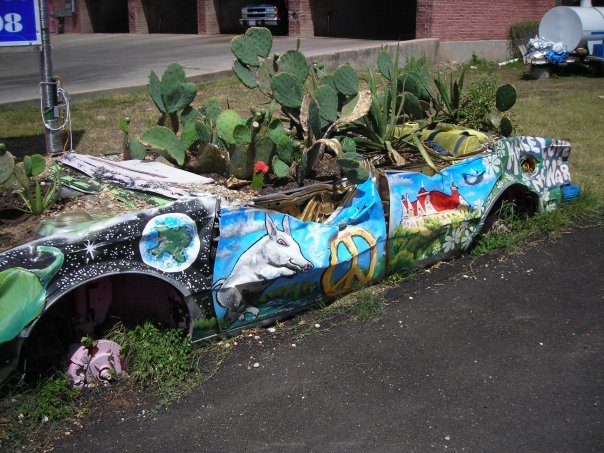 The Fifth Circuit in Kleinman v. City of San Marcos, 597 f.3d 323 (5th cir. 2010), upheld the city’s complete prohibition of public display of this artwork anywhere in the city limits, even on private property, and held that the case did not require any analysis under the First Amendment. For more about the case, see NCAC's Art Law Library here.