Parent Attempts to Censor The Kite Runner in Asheville

Previous Next
Parent Attempts to Censor The Kite Runner in Asheville

UPDATE 5/14/15: The advisory committee has determined the book should remain in the curriculum. Read more here. 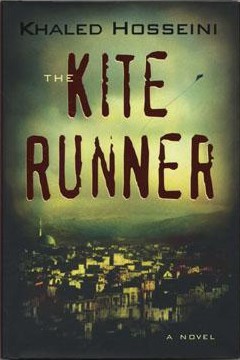 A committee comprised of educators and a parent in Asheville, NC, will meet today to decide whether or not the best-selling The Kite Runner, by Khaled Hosseini, will be reinstated in a 10th grade honors English classroom after a parent filed a formal complaint. The book, which has not been officially banned, has been suspended until the matter is settled.

A little timeline: On April 27, the teacher sent a letter home informing parents that The Kite Runner would be read, explaining the literary and pedagogical value of the novel and noting that it deals with “complex and serious issues.” Parents could choose to have their children opt out of the assignment and receive a comparable alternative assignment if they objected. Instead of doing that, parent and former school board member Lisa Baldwin, who was uncomfortable with the choice, filed a formal complaint on April 29. That action effectively bans the book – at least for now – for the entire classroom. According to the Buncombe County school district’s policy, a teacher must refrain from using the book until the review process has been completed. Students were to begin reading the novel on May 5.

Truth be told, the district’s policy on parental objection to materials is pretty good. Right at the top, it states that “While input from the community may be sought, the board believes professional educators are in the best position to determine whether a particular instructional material is appropriate for the age and maturity of the students and for the subject matter being taught.” The First Amendment is cited in a separate policy on selection of instructional materials. Clearly, the district has faith in the choices of its teachers, and respect for its students’ right to read.

This challenge has also brought out the best in the community. During a board meeting on May 7, several parents spoke out in favor of the book. According to the Asheville Citizen-Times, one parent said:

While we would like to protect [our children] from such topics as war, rape, and suicide, they are issues that pervade our society. By using literature as a point of discussion for such issues, we are able to demystify subjects that were once taboo, analyze harmful stereotypes, create a forum for education discussion, and teach facts rather than assumptions.

The Kite Runner is on the Common Core reading list, and it’s also been on the district’s list of approved books for years. So as we watch this carefully, we hope the committee will make the right decision. The trouble lies in the timeline from here on out: Baldwin can appeal the decision of the committee, which will be made public on May 13. If she does, a district-wide committee will review the issue, and then make a recommendation to the Board, which will render the final decision. The book will remain suspended until the process is complete, which means that students may not have a chance to read the book in a classroom setting at all before the end of the school year — essentially robbing them of a valuable educational experience.

We hope that if the committee does make the right decision to keep the book in the classroom, the parent, who has every right to make decisions for her own child, drops the matter and gives other parents that same opportunity. She had a choice. All parents in the community should have the same one.