Previous Next
Asheville: Where Trusting Teachers Isn’t a Novel Idea 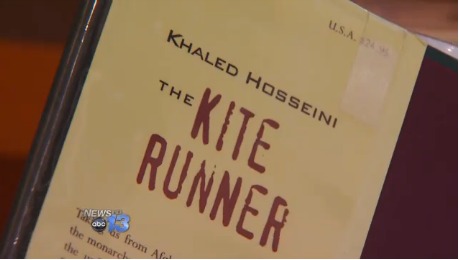 Trust in teachers? What a novel idea! But that’s what Buncombe County Schools in and around Asheville, North Carolina do.

After a parent of a child in A.C. Reynolds High School launched a challenge to The Kite Runner in her son’s sophomore honors English class (where he had the option of an alternate assignment, by the way), an advisory committee comprised of seven educators and a parent followed sound practices – and their own district policy – and determined that the book should remain in the curriculum.

The committee decided that not only does the novel merit inclusion because it had been vetted by a committee, included on the district's list of approved texts for at least five years, and is included on Advanced Placement class reading lists, but also because it “possesses sufficient literary, thematic, and aesthetic merits to warrant its inclusion for study.” Gratifyingly, the committee also said that:

[We remain] confident that the teachers in our school possess the professional and curricular expertise, understanding of their students, and insightfulness to thoughtfully select and effectively teach materials to their classes.

The book was suspended from classroom instruction throughout this process, but was reinstated after the decision came down on May 13, while the students were deep into discussion about All Quiet on the Western Front– the alternate for students opting out of reading The Kite Runner that became the only choice for the entire class once the complaint was filed. And the book could be suspended again should the parent launch an appeal. Still, we hear that The Kite Runner has remained a hot commodity in a student-led book club. It’s getting read.

But the question remains: does this parent have the right to keep these students from reading the book their qualified teacher chose in their own classroom? They should be able to have the real-life and educational conversations that classroom discussion affords.

Don’t you hate it when one person ruins it for the rest of us? Teachers of Asheville, your school district has your back. So do we.