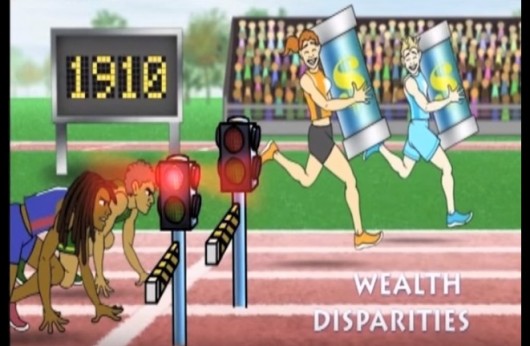 A Virginia school district's decision to ban a short video about affirmative action and racial discrimination raises serious constitutional questions and appears to have been made in violation of district policy regarding challenged instructional materials.

The video in question, "Structural Discrimination: The Unequal Opportunity Race," was shown at a Black History Month event at Glen Allen High School in Henrico County, Virginia. The video's message caused concern among some students and community members, with one grandparent telling a local TV news outlet that it was a "white guilt" video. In response, the district apologized and barred future use of the video in any classrooms, and noted that "steps are being taken to prevent the use of racially divisive materials in the future."

On February 19, the National Coaltion Against Censorship (NCAC) wrote a letter to Superintedent Patrick Kinlaw and members of the Henrico County Public School Board to express concerns about the banning of this video and the vague directive regarding "racially divisive" materials.

The letter notes that the closest applicable district policy (R7-05-008, "Selection and Review of Instructional Materials"), specifically requires complainants to file a Request for Reconsideration of School Instructional Materials, which would launch a formal review process. District officials do not appear to have followed any such procedure.

The promise to take steps to exclude "racially divisive" materials in the future is even more alarming, as it is so vague and overbroad that it is likely to create a chilling effect in the classroom. It is plausible that many works in school curricula—literary titles as valuable and time-honored as Harriet Beecher Stowe’s Uncle Tom’s Cabin, Harper Lee’s To Kill a Mockingbird, and Ralph Ellison’s Invisible Man—could be flagged as "racially divisive." Such a vague directive would limit pedagogical discretion and empower individual complainants who may want to impose their viewpoint on the whole district.

Both the vague pledge and the decision to ban the video in question raise fundamental First Amendment concerns. Public schools must make decisions about instructional materials based on educational criteria, not on whether they are thought to be controversial to students or parents.

As the letter states:

We urge you to demonstrate your commitment to these goals, as well as to the district’s own policy, by removing the ban on “The Unequal Opportunity Race” pending  a review of its educational value by professional educators, and reconsidering any vague pledge to bar material that could be considered “racially divisive.” This will allow the district’s educators to uphold its mission to “actively engage … students in diverse educational, social, and civic learning experiences that inspire and empower them to become contributing citizens.”

Read the full letter below; click here for full-screen view.