Racism Video Should Spark School Discussion– Gets Censored Instead

Previous Next
Racism Video Should Spark School Discussion– Gets Censored Instead 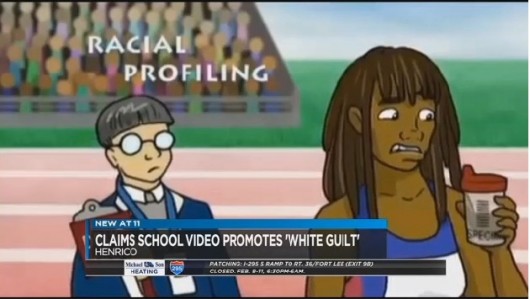 A short animated video that a high school screened as part of discussion about racism drew a storm of criticism from students, parents and even a local Christian radio commentator. While the video is intended to spark a discussion, the school board decided to go the opposite route, issuing an apology and vowing that it would never be shown again.

This blatant act of censorship happened at Glen Allen High School in Virginia. The video, "Structural Discrimination: The Unequal Opportunity Race," was created by the African American Policy Forum to put forward arguments in support of affirmative action, which proponents believe can create a more equitable society. The video was part of a February 4 Black History Month presentation.

Of course, there are bound to be many who disagree with the point of view expressed in the video. A local newscast reported on the controversy on February 9, quoting one grandparent who called it a "white guilt kind of video." The school's first reaction was to explain that the video "was one component of a thoughtful discussion in which all viewpoints were encouraged."

By February 10, things changed considerably. The Henrico County Public Schools (HCPS) board issued a statement noting that while "the matter continues to be under review," board chair Mickey Ogburn declared that "perpetuating a racial divide, stereotypes or exclusion of any kind is not acceptable."

It is our goal to prevent the recurrence of this type of event. School leaders have been instructed not to use the video in our schools. In addition, steps are being taken to prevent the use of racially divisive materials in the future. We do apologize to those who were offended and for the unintended impact on our community.

Removing any educational materials because someone declares them to be "divisive" raises serious educational and constitutional concerns. Like most districts, HCPS has procedures for challenging instructional materials. It is not clear that those policies were followed.

Dr. Ravi K. Perry, president of the National Association for Ethnic Studies, was speaking to the students at the February 4 presentation, and he contends that the video did not cause any disturbance. And the African American Policy Forum released a February 15 statement noting that "the video has never been banned anywhere," and connected the controversy to similar developments elsewhere:

The Glen Allen School Board’s blatant censorship of this pedagogical tool is reminiscent of both book banning that is unfolding elsewhere in places like Arizona, and other efforts to elide, obscure, or completely ignore the historical facts of United States slavery, racial segregation, genocide, and colonialism. Schools especially, however, should not treat particular aspects of history as “inconvenient truths.”

The story appears far from over. Students and the Virginia NAACP are protesting the school's decision; as a student-driven petition states, "We believe that encouraging difficult conversations about America's racial history and present is integral to building 'contributing citizens,' part of the mission statement of HCPS."

As the African American Policy Forum argued, the district

could have encouraged teachers to facilitate a dialogue so that those who disagreed with the content of the video could explain what they perceive to be its shortcomings. Educators adopt that pedagogical approach all the time….That Ogburn chose censorship over robust engagement denied students access to the very thing schools are supposed to provide–the opportunity to learn and engage in the robust exchange of ideas.

Indeed, one of the most vocal critics of the video, local radio host Craig Johnson, disagrees with the school's decision to censor it:

"Our students need to become critical thinkers," said Johnson, who is calling for school leaders to facilitate a public discussion on the topic. "We cannot bubble wrap our students and protect them. They can no more ban this video than they can ban the cold weather outside. All the kids have smartphones."

The video, as it was intended to do, has sparked a lively debate. Shouldn't a school seek to nurture that discussion instead of stifling it?