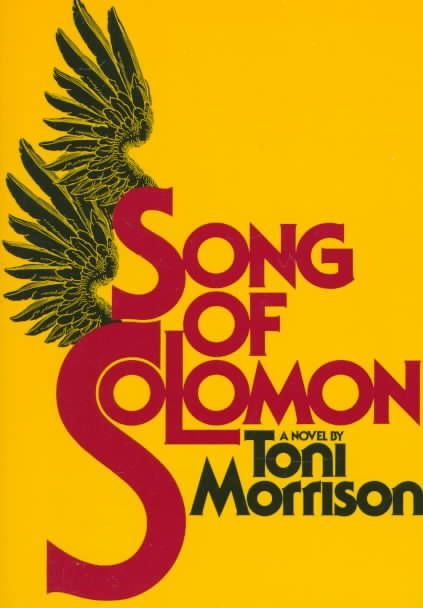 UPDATE: The Franklin Township School Board has ruled to retain Song of Solomon in its AP English classes!

Nobel Prize winner Toni Morrison’s Song of Solomon was recently removed from an Indiana high school’s AP English class on April 28 after a parent and school board members complained about its content. Two days later, the book was returned to the class when a committee of educators and parents ruled in favor of keeping the book. The book is again up for review, now by the Franklin Township school board, which will hear an appeal of the committee’s decision at its June 21 meeting, leaving the fate of Song of Solomon in future AP classes uncertain.

NCAC wrote a joint letter with five members of the Coalition to the Indiana school district:

Dear Dr. Bourke and Members of the Board:

We write again with reference to the continuing challenge to Toni Morrison’s Song of Solomon in 11th Grade Advanced Placement English classes. The complaint from Sandra Shoaf and the letter in support from Jim Foltz, which have come to our attention since we wrote previously (June 18 letter, attached), do not address our principal concern: that the objections to the book do not provide a constitutionally permissible basis for its removal.

As a public institution, the Franklin County School District is required to comply with the First Amendment. The “bedrock principle underlying the First Amendment… is that the government may not prohibit the expression of an idea simply because society finds the idea itself offensive or disagreeable.” Texas v. Johnson (1989).

The complaint against the book plainly falls within this proscription. After characterizing the book as “pornographic,” and describing the “treatment of women [as] atrocious [because] it conveys the message that the only worth women have is to satisfy men’s sexual desires,” the complainant states, “I find this material objectionable.”

Ms. Shoaf is surely entitled to her views of the book and of what is appropriate and objectionable, but she is not entitled to have them adopted by the school. While school officials have considerable discretion over curricular and pedagogical decisions, the Constitution does not permit them to exercise that discretion to reject material because some find it “offensive or disagreeable.”

No pedagogical or educational rationale has been advanced for removing the book, nor could one be plausibly made. The novel has received universal acclaim by literary critics and educators alike, and its author has been accorded the most prestigious awards for her writing, including the Pulitzer Prize, the National Book Award, and the Nobel Prize. It would be irrational and irresponsible for the board to accept the judgment of one parent that the “book is not even well-written.”

Removal of such a work of literature because someone considers it “pornographic,” “inappropriate,” “objectionable,” and offensive to women would be constitutionally suspect and would expose the Board to potential legal liability. It is worth noting that educators are rarely held to violate the First Amendment when they include material that has pedagogical value, whereas removal of material for ideological reasons is vulnerable to legal challenge. See Monteiro v. Tempe Union High School District (9th Cir. 1998) (rejecting challenge to books based on racial content, and recognizing the First Amendment right of students to read books selected for their “legitimate educational value”), Parker v. Hurley (1st Cir. 2008) (rejected effort to remove books that offend parents’ and students’ religious beliefs), Pratt v. Independent School Dist. No. 831 (8th Cir. 1982) (First Amendment violated when films removed because of hostility to content and message), and Case v. Unified School Dist. No. 233 (D. Kan. 1995) (First Amendment violated by removing a book from school library based on hostility to its ideas).

A few additional points bear noting. First, it is irrelevant that the novel contains language that students may not use in school in casual conversation. The rules governing student speech and conduct in school are completely distinct from the constitutional mandates prohibiting censorship of literature. Second, the claim that the book is “pornographic” and that provides a ground for removal is misleading. The term “pornography” has no legal significance. Sexually explicit content is fully protected by the First Amendment unless it is obscene. To find a work of literature obscene, it must lack “serious literary value…” Miller v. California (1973). “Serious value,” in turn, is determined “as a matter of law” on the basis of “a national floor for socially redeeming value.” Reno v. ACLU (1997). Thus, the views of the residents of Franklin County do not determine whether Song of Solomon has redeeming literary value. That determination is a foregone conclusion as a matter of law, given the universal acclaim for the novel. Finally, FCC regulations with regard to broadcast decency apply only with regard to network broadcasting and have no application here.

The task of selecting readings for the curriculum properly belongs to professional educators. Parents may be equipped to make choices for their own children but, no matter how well-intentioned, they simply are not qualified to make curricular decisions, nor are they entitled to demand a curriculum that conforms to their personal views. Without questioning the sincerity of those who object to the book, their views are not shared by all, and they have no right to impose those views on others or to demand that the educational program reflect their personal preferences. The District may elect to provide opportunities for parents to have “input” into the selection process, but that is hardly the same thing as saying that parents are entitled to control curricular decisions.

As this letter should make clear, the opinions expressed here are not those of a single person or “extremist” organization, but rather the considered views of prominent national organizations with considerable expertise on education and First Amendment issues. We urge the Board to recognize its constitutional obligation to all students. It has no right or authority to make choices based on the personal, moral, or religious views or values of some members of the community.

This point is made clearly in a 1943 Supreme Court decision that remains one of the most definitive statements of the rights and obligations of public school students and administrators:

The Fourteenth Amendment, as now applied to the States, protects the citizen against the State itself and all of its creatures — Boards of Education not excepted…. That they are educating the young for citizenship is reason for scrupulous protection of Constitutional freedoms of the individual, if we are not to strangle the free mind at its source and teach youth to discount important principles of our government as mere platitudes….

The very purpose of a Bill of Rights was to withdraw certain subjects from the vicissitudes of political controversy, to place them beyond the reach of majorities and officials ….One’s right to life, liberty, and property, to free speech, a free press, freedom of worship and assembly, and other fundamental rights may not be submitted to vote; they depend on the outcome of no elections.

If there is any fixed star in our constitutional constellation, it is that no official, high or petty, can prescribe what shall be orthodox in politics, nationalism, religion or other matters of opinion…

We strongly urge you to reject this challenge, embrace the decision of the review committee, and retain Song of Solomon in the 11th Grade Advanced Placement curriculum where it has been taught successfully for many years.