This Compromise Is Not Acceptable: Constitutionally Suspect South Carolina Budget Measure is an Assault on Academic Freedom

Previous Next
This Compromise Is Not Acceptable: Constitutionally Suspect South Carolina Budget Measure is an Assault on Academic Freedom 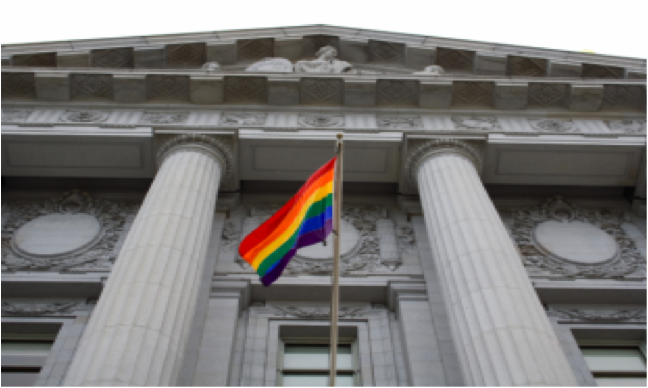 As national organizations dedicated to freedom of speech and academic freedom, we strongly condemn the budget provision adopted by the South Carolina Legislature and accepted by Governor Haley on June 12, 2014, which penalizes two institutions of higher education for assigning books about the lives and experiences of gays and lesbians.

The provision requires the schools, the College of Charleston and the University of South Carolina Upstate, to spend the exact amounts spent on the "objectionable" books to teach the U.S. Constitution, Declaration of Independence and Federalist papers, "including the study of and devotion to American institutions and ideals." It also mandates that students be allowed to avoid encountering educational material they find "objectionable based on a sincerely held religious, moral, or cultural belief." The provision is ostensibly a compromise, replacing a previous version in the House to cut funding in amounts to reflect the cost of the books.

The version enacted poses exactly the same concerns as the initially proposed cuts: it represents unwarranted political interference with academic freedom and undermines the integrity of the higher education system in South Carolina. The history of the legislative debate makes it 100% clear that the legislature's primary concern is to force schools to eliminate educational content that some legislators dislike, or risk financial penalties.

Such leveraging of public funds with the goal of micromanaging curriculum and excluding disfavored ideas is a destructive assault on academic freedom. It violates the right of faculty to develop curriculum and assign books based on their disciplinary and pedagogical expertise and free of outside political interference by legislators who lack such expertise. Penalizing state educational institutions financially simply because members of the legislature disapprove of specific elements of the educational program is not only educationally unsound, it is constitutionally suspect.

The Supreme Court has sent a clear message over decades: lawmakers may not prohibit the expression of ideas simply because they find them to be offensive. The provision goes further and requires that students be excused from assigned materials or otherwise mandatory lectures or out-of-classroom activities if they object because of "religious, moral or cultural beliefs." In other words, students are being invited to decide what they will read and learn within any class or discipline.

This is a gross perversion of the concept of "higher education," in which highly trained faculty develop a curriculum that exposes students to material that will enable them to master a topic or field of inquiry. The result of the state's action is potentially crippling to a democratic and globally competitive college education, which must empower students with broad knowledge and transferable skills, as well as prepare them for civic engagement.

Such an education requires that students are presented with a wide variety of competing ideas and taught to look at them critically, to listen to others' arguments, and to present their own. The measure will put a severe chill on academic freedom in South Carolina, placing students at a competitive disadvantage.
National Coalition Against Censorship

Foundation for Individual Rights in Education

National Council of Teachers of English