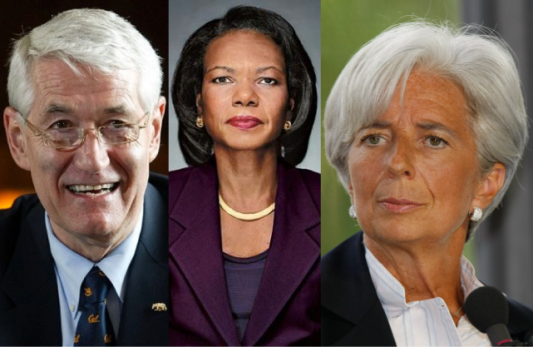 Cancelled commencement speakers, a rush of attempts to put trigger warnings on class content, student petitions to remove potentially disturbing artwork from campus… What is going on?

Academia is no stranger to free speech battles. In the 1950s professors could be ousted for “treasonous or seditious acts or utterances” or for being members of an organization advocating the violent overthrow of government (i.e. communists or sympathizers). The loyalty oaths professors had to sign by law were not successfully challenged until 1967 (in the case of Keyishian v. Board of Regents).

Government threats to academic freedom persist today, but academic freedom is also increasingly – and more insidiously – undermined from within. Direct government action can be challenged as impermissible political interference in academic affairs, internal administrative decisions are harder to oppose because they often successfully dissimulate as something different and unrelated to academic freedom. Compare, for instance, the recent much opposed attempt by the South Carolina legislature to punish two state colleges financially for assigning incoming students books with gay content to the cancellation, on part of one of those universities, of its entire gender studies center. The first one, on its face is an egregious interference with academic freedom, the latter masquerades as a content-neutral internal funding decision: But have far reaching consequences for academic freedom.

Even more troubling is the increasing frequency with which students themselves – a revolutionary force in the free speech movement of the 1960s – are appearing in the role of the censor. But, as usual, it’s not so simple. Students who protest against commencement speakers or call for trigger warnings are, just like their 1960s counterparts, actively agitating for their vision of a better world. But with the Promethean fire of student activism comes Pandora’s box of attempts to resolve wrongs by refusing to even listen to those whose vision is different.

Protest, of course, is itself a form of speech, not a mode of censorship. Censorship can only be practiced by those with the power to suppress speech. This year’s cancelled commencement speeches at Haverford, Rutgers and Smith were cancelled not because the students had the power to disinvite the speakers but apparently because the speakers themselves withdrew. (Cases, like that of Brandeis, where universities officially disinvite speakers pose a very different set of issues.) Protest – unless it silences a speaker directly, as was the case at Brown University, during Ray Kelly’s speech– should be welcome on campus and, perhaps, those in the public eye should be more willing to confront critics and defend their actions.

The real unknown here is the role of the university administrations, which has remained invisible in spite of the very public debate around the cancellations. Did administrators encourage speakers to withdraw so as to avoid controversy? Did they urge them to come and welcome the debate? We don’t know.

What we do know is that the students objected to the choice of people who had made certain political decisions and didn’t want them honored; that the prominent invitees wanted the fanfare (and possibly the hefty fees) but didn’t want to face the protesters; that the university administration most likely wanted a smooth conflict-free ceremony.

Commencement speakers are somewhat different from other speakers invited to campus: they are symbolic inspirational figures, whose presence is rewarded with an honorary degree. There is no real conversation accompanying their speeches, only applause, the refusal to applaud or, at most, the gesture of walking out and displaying protest signs. Controversies are hence not surprising – or even that new. In 1954, for instance, Duke University refused to grant Vice-President Richard Nixon an honorary degree for speaking at graduation on political and ethical grounds. Nixon cancelled his speech (ostensibly as he was too busy).

The whole institution of the commencement speech appears to bring conflicting expectations and is thus pregnant with potential controversy. Yet, the recent (mis)handling of those predictable controversies at Haverford, Rutgers, and Smith is only a symptom of a larger problem. This problem is not the protesting students but the atmosphere of conflict-averseness that is stifling academic culture.

The speakers, the protesting groups and the university administrators may have different goals and interests, but are united by their desire to avoid face to face conflict: the speakers prefer to speak to crowds that applaud them, the students want commencement speakers that give voice to their own thoughts, and the administrators…we can only surmise they were pleased not to have to face the PR challenge of student protests at a commencement ceremony.