Throwing Out ‘Extremely Loud’ in Illinois

Previous Next
Throwing Out ‘Extremely Loud’ in Illinois 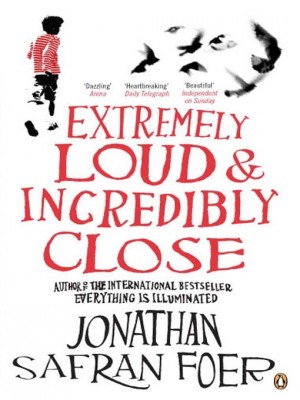 In response to parents' complaints about "vulgar" language and sexual content, Jonathan Safran Foer's novel Extremely Loud and Incredibly Close was pulled from the High School Honors English III classroom at Mattoon High School. And the school is considering enacting a new policy that would set the stage for challenges to other books as well.

The Kids' Right to Read Project of the National Coalition Against Censorship (NCAC) sent a letter to the school, urging it to reinstate the book and to avoid creating a policy to flag books that include supposedly "adult" content. The letter was signed by American Booksellers for Free Expression, Comic Book Legal Defense Fund, Association of American Publishers, National Council of Teachers of English, Society of Children's Book Writers and Illustrators and the American Library Association.

Foer's novel has received critical praise from the American Library Association and Library Journal, among others. As the letter notes, removing a book with recognized literary and pedagogical merit—which has been taught at the school for years—because some people object to its content raises serious constitutional concerns. And the letter point outs that the school should have followed its own procedures to deal with complaints from parents—a policy that would have preserved the rights of other students to continue reading the book.

In addition to pulling Extremely Loud and Incredibly Close, the school is considering a new policy that raises deeper concerns. While it sensibly calls for teachers to provide an explanation for why a given book is being taught in class, the policy also would require educators to identify works that have "adult content." Singling out such work based on a subjective standard is seriously flawed, and will likely invite further challenges to the curriculum.

The NCAC letter encourages the school to restore the book to the curriculum, and to implement clear procedures for handling parental complaints without sacrificing students' ability to access and discuss quality literature in class.

Read the full letter below, or click here for a full-screen view. [scribd id=287512934 key=key-oMi9egvGdKyFSk60Sciz mode=scroll]