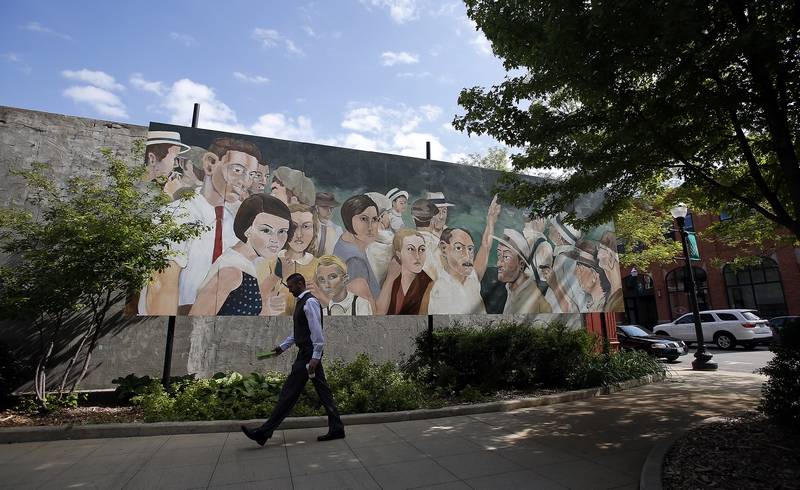 A mural in Elgin, Illinois has become the center of a controversy. Photo: Brian Hill / Daily Herald

UPDATE 6/16/2016: Following a public recomendation to remove the mural, the Illinois City Council will meet on July 13th to vote on whether this recommendation will be put into action. The Chicago Tribune reports that the public vote was unanimous for removal of the mural.

UPDATE 6/24/2016: According to the Chicago Daily Herald, the Elgin mural has been removed and put into storage until the City Council meets in July to vote on its future.

UPDATE 7/7/2016: Read NCAC's letter to the Elgin Mayor David Kaptain, in advance of the City Council's vote on the mural's fate on July 13th.

UPDATE 7/14/2016: According to the Chicago Tribune, the Elgin City Council has voted in favor of the Cultural Arts Commission developing a public arts policy. The Commission will be responsible for deciding the fate of the American Nocturne mural and any other future plans for public art in Elgin.

A mural in downtown Elgin, Illinois has become the center of a controversy about racism and the role of public art.

For the past decade, the mural "American Nocturne" stood along a pedestrian walkway between Spring and Grove avenues. Depicting a group of larger-than-life figures, the mural stirred no controversy until recently. Two passersby noticed that the figures are strikingly similar to those in an infamous photograph of a lynching in Indiana, shot by Lawrence Beitler in 1930. They shared its image on social media and thereby sparked an outcry, protests and a campaign to have it removed.

The story of the mural begins in 2004 when it was commissioned by the city as part of The Outside Exhibition Group, a public art program that engages the talents of local students. For this commission, David Powers, an artist and resident of Elgin, created murals with art students from Judson University. He sketched out the figures and the students painted them. The intended theme for "American Nocturne" was racism. The figures it depicts are the lynch mob in the lower half of the Beitler photograph, shifting the focus from the victims of the gruesome murders to the perpetrators.

Powers has defended the work, saying he chose the photograph in order to encourage people to consider their own place in history. "The idea here was talking about lynching, asking questions, the history," he said. "You don't want to be on that wall with these monsters. Anywhere. In any town."

City Council member Tish Powell said that Elgin missed its chance to foster such a discussion by omitting to provide any contextualizing information for of the city-commissioned work when it was first put on view over a decade ago. The absense of a press release or a wall text to state the meaning behind the mural, has caused some residents of Elgin, who have walked past it on a daily basis for years, to feel they have been tricked.

In response to public protests and additional concerns about vandalism, city officials have relocated the mural to Hemmens Cultural Art Center, where it has been installed indoors. 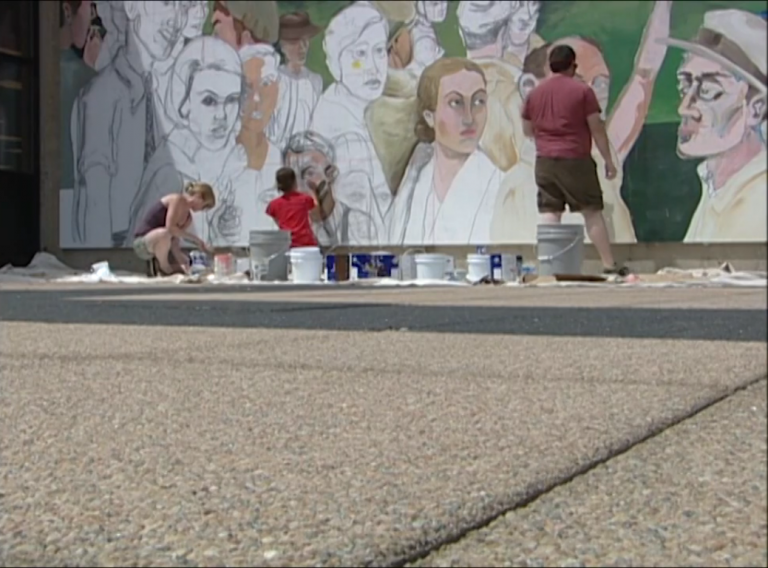 But what about the dialogue that the mural was intended to create?

In an effort to engage residents and foster dialogue, the city has scheduled two open meetings next month to address issues of race and the role of public art in Elgin. "Taking it down and painting it over was part of the initial discussion (Wednesday)," Mayor David Kaptain said. "I recommended that we take the opportunity and we have an open discussion, a community discussion. I think it's healthy."

Lifelong Elgin resident and civil rights activist Ernie Broadnax, 80, agrees that the dialogue sparked by the mural, albeit belatedly, is a good thing. Broadnax doesn't view the mural as racist, but rather as a "depiction of our American history. This is a golden opportunity for us to seize, to turn this [controversy] into a plus for our city."

The two June meetings are part of Courageous Community Conversation, an ongoing series hosted by the Elgin Human Relations Commission to discuss communtiy issues in Elgin. The first meeting is titled "It's Not About The Art: It's About The History." View the event flyer here.

While it is virtually inevitable that a lively community arts program will elicit debate and complaints, such debate, if well channeled, can be very valuable. Chicago artist/entrepreneur Theaster Gates has pointed out that "art and culture have the ability to create real and deep meaning in a place." However, creating such meaning often means digging into sensitive issues and sending messages with which some may disagree.

Creating the opportuntiy for dialogue through public meetings is a positive outcome; but unfortunately, the removial of the mural in the face of claims of offense and hiding it indoors where fewer people can see it limits its impact. The removal of "American Nocturne" from its well-traversed downtown location to a sequestered "safe" location, undermines the very dialogue it is meant to spark. Dealing with artworks that remind us of painful histories by removing them from public sight not only prevents us as a society with cominng to terms with that history, it opens the door for future complaints. 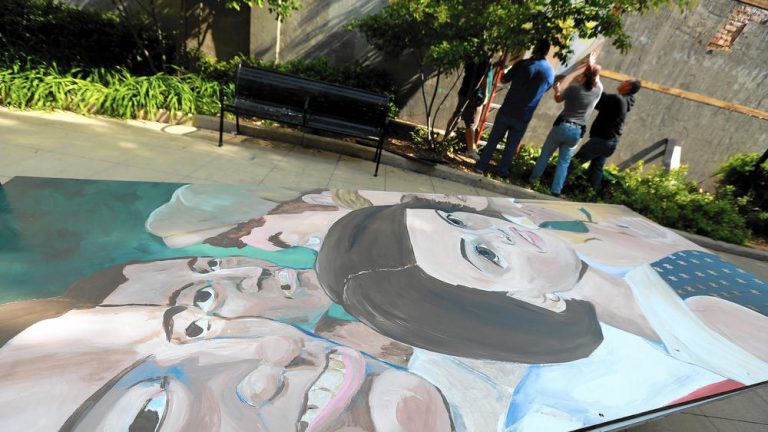